Manchester United appear unmoved with the crisis caused by coronavirus pandemic as they look set for a busy transfer window this summer.

The Red Devils are hell-bent on signing Borussia Dortmund Jadon Sancho with a few other key players as they hope to challenge for titles next campaign.

However, they will need to offload some of their players to raise funds for their plans, the club's vice-chairman Ed Woodward has hinted they are not planning to make big money moves.

And Paul Pogba interestingly could be on the list of stars who could depart Old Trafford once this season wraps up.

Apart from Sancho, United are also eyeing a move for the likes of Kalidou Koulibaly and Aston Villa hotshot Jack Grealish.

But with the Premier League giants already in real debt, the publication records a number of players may have to be sold for them to sign big names.

Here as the five players United could possibly swing the sell:

Top on the list of players who could be shipped out is Paul Pogba.

The Frenchman has is facing an uncertain future at Old Trafford, having previously indicated his desire to quit his boyhood club.

Juventus and Real Madrid remain the midfielder's possible destination, with United looking to fetch around £100million from him.

The winger has significantly fallen out of favour among fans, with many growing weary of the Englishman.

His lack of consistency has further seen him fall down the pecking order under Ole Gunnar Solskjaer.

Perhaps a surprise inclusion in the list is the Spaniard keeper who Man United have fought through tooth and nail through the years to keep him.

But since renewing his contract, De Gea's performances have been characterised by a number of errors and inconsistencies.

And with Dean Henderson in top shape at Sheffield United, Old Trafford chiefs could be tempted to flog De Gea while his stock is still relatively high.

With Harry Maguire and Victor Lindelof forming a decent centre-half partnership, Bailly could be considered surplus to requirements and shipped. 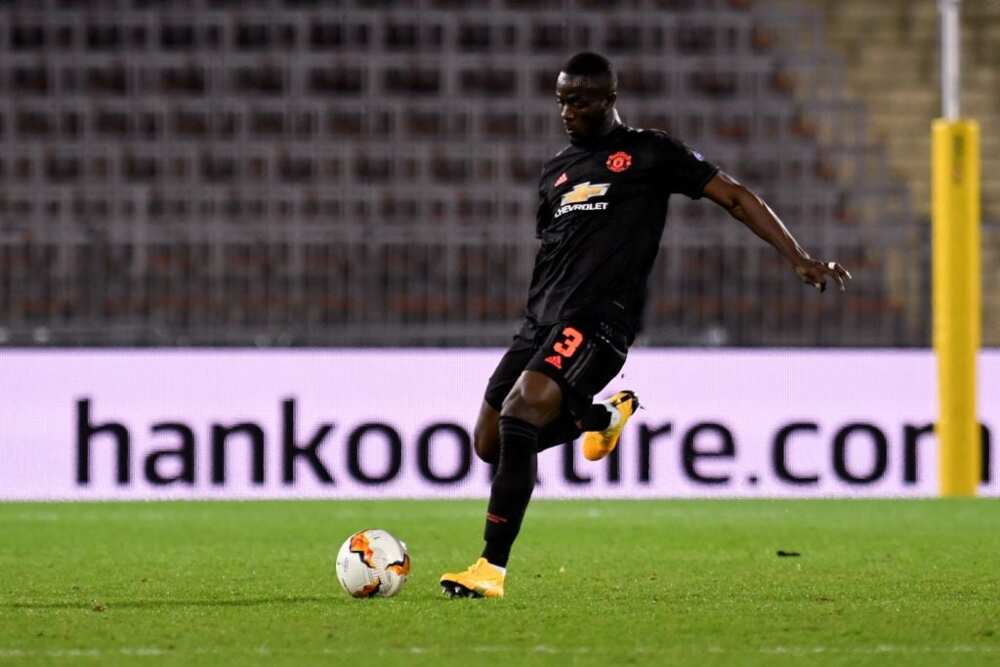 Bailly's spell at Old Trafford has been riddled with unending injuries, but United will be hoping to recoup at least the £30m they coughed for his services.

It is without doubt that Rojo's career in United could be all but over having recently moved to Estudiantes on loan, it looks likely Red Devils will be desperate to make the switch permanent.

Thankfully, the centre-half will not be short of suitors, with Argentine giants Boca Juniors understood to be interested in him.

Legit.ng earlier reported that Odion Ighalo's loan spell at Man United will officially expire on Sunday, May 31, and it is yet uncertain where the Nigerian forward will be playing when football resumes.

His agent, Ladi Salami, has disclosed that Manchester United are doing everything possible to keep the 30-year-old at the club till the end of the season and are currently negotiating with his parent club.

Parent club Shanghai Shenhua are demanding he returns to China with reports that the new Super League season will kick-off in June.