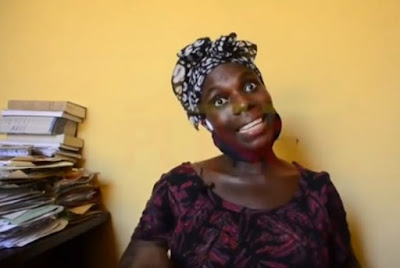 An Igbosere Magistrates’ Court in Lagos on Wednesday ordered that a 22-year-old woman, Oluwafunmilola Adisa, be remanded in the Lagos State University Teaching Hospital (LASUTH) psychiatric department for evaluation.

The police arraigned Adisa for allegedly drowning her one and half year old daughter.

Magistrate K.O. Doja-Ojo, who did not the plea of Adisa, adjourned the case until June 26 for the outcome of the psychiatric evaluation

Cardoso alleged said that the suspect killed her one and half-year-old child, by drowning her inside a bucket of water.

According to the prosecutor, the offence contravened the provisions of Section 223 of the Criminal Law of Lagos State, 2015.

The News Agency of Nigeria (NAN) reports that Section 223 provides death as punishment for murder.

The Director, Office of the Public Defender, Lagos State, Dr Babajide Martin’s, prayed the court to remand his client in a hospital for psychiatric evaluation.