Popular Links: Buhari Football EFCC Boko Haram Trending Nigerian Names Politics
Home | News | General | I want soldiers that will only be for me - Mercy Eke on why she needs ‘die-hard’ fans (video)
Insurgency: Buhari has displayed sincerity of heart, purpose - Centre
Bisi Alimi calls out Simi for preaching against hate while being homophobic

The ex-BBNaija housemate complained bitterly about how she does not get the full support and cooperation of those who call themselves her fans.

Mercy strongly noted that she needs die-hard fans who will focus all their love and attention on her alone and nobody else. 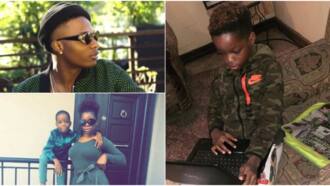 According to her, she wants their support to be so strong that no one will be able to say any negative things about her on social media without facing the full wrath of her fans.

In a bid to drive her point home, the reality star made reference to American superstars Nicki Minaj, Rihanna and Kim Kardashian West. Mercy said the fans of the superstars give zero or no chance at all for people to trash talk about them.

According to her, those are the kind of supporters she needs. Mercy noted that she has been working hard and doing everything to make her fans proud as such they should compliment her efforts by showing their unreserved support.

In a different portion of the Instalive session, Mercy joined by fellow ex-housemate Venita Akpofure, made it clear that she also does not want her fans to love or show support for her husband/partner. According to her, the attention, love and support should entirely be focused on her. 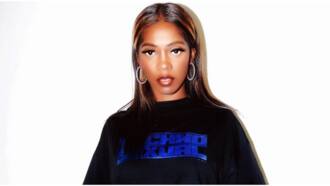 Nigerian women are always pulling me down - Tiwa Savage

Meanwhile, Legit.ng previously reported that actor Yul Edochie clapped hard in support of Mercy Eke after a troll came for her. Edochie seemed to have been scrolling past his Twitter timeline when he came across a report about an individual who labelled Mercy as a local star and said she was too annoying.

Edochie who was not pleased with the description given to Mercy quickly took to her defense and corrected the impression that she is local.