Popular Links: Buhari Football EFCC Boko Haram Trending Nigerian Names Politics
Home | News | General | Bisi Alimi calls out Simi for preaching against hate while being homophobic
I want soldiers that will only be for me - Mercy Eke on why she needs ‘die-hard’ fans (video)
Trouble in England as Premier League chiefs confirm 4 new cases of coronavirus

- Nigerian LGBT activist, Bisi Alimi, has taken to social media to share a piece of his mind with singer, Simi

Nigeria is a very traditional society that has deeply rooted beliefs that they find very hard to shake off. One of them is their stance on homophobia.

While the world is evolving and some Nigerians are quite accommodating about the idea of being gay, majority are not and it leads to clash of opinions on social media. 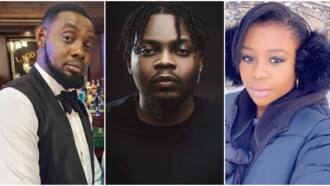 It all started when Simi took to her Twitter page to condemn hate crimes among blacks.

She said that it is one thing to hate someone for being different than you but wondered how one does not value someone else who is like them.

To that, Bisi Alimi responded that Simi is a hypocrite for sympathising with abroad blackness while ‘promoting local homophobic violence against their own’.

See his tweets below:

Apparently, Simi who hosts a Youtube show called Stoopid Sessions, had hinted at being homophobic after saying that “it just doesn’t seem natural to me.”

She also said that: “They say they’re born that way, but I haven’t seen any biological proof”.

See more reactions to her tweets below:

In other news, Legit.ng reported that popular cross-dresser, Bobrisky, gave six reasons why nobody can take his crown as the number one of his kind in the country. 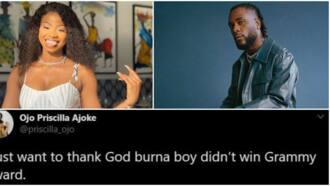 Bobrisky made this statement after a guy called Bryan Nwakoro said he would grab crowns and create a new path. According to Bryan's Instagram bio, he is a drag personality and a fashion influencer.

Just like Bobrisky, Bryan dresses like a female and fashionably too. A popular blog on Instagram shared the story of Bryan a few days ago and Bobrisky has just had the time to give a response to it.