- FG says it has not received ventilators from US president, Donald Trump

- Trump had on April 28, had promised to send some ventilators to the country during his telephone conversation with President Muhammad Buhari

- But the minister of information and culture, Lai Mohammed, on Thursday, May 28, notes that the FG the equipment public when they are received

The federal government said it was yet to receive the ventilators promised by the US President, Donald Trump.

The Nation reports that the minister of information and culture, Alhaji Lai Mohammed, assured Nigerians that once the government receives the promised equipment, it would be made public.

Legit.ng gathered that he made this known on Thursday, May 28, while responding to a question on the issue during the Presidential Task Force (PTF) on COVID-19 daily briefing. We have 54% of national Covid-19 cases, help us with special funds - Northern governors beg Buhari

The minister had earlier spoken about the efforts of the ministry to increase sensitization of the populace on the effect of the pandemic which has devastated the entire globe.

According to the report, close to 6 million people have been infected with over 350,000 fatalities across 251 countries including Nigeria who has recorded 254 deaths in close 9,000 cases. 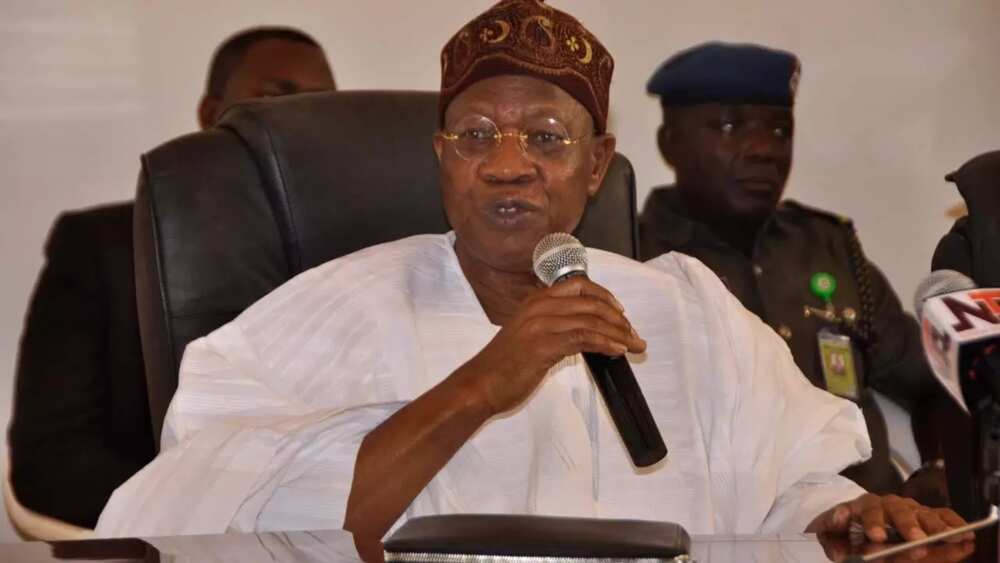 The US president had on April 28, promised to send some ventilators to the country during his telephone conversation with President Muhammad Buhari

But a month down the lane, the minister said the lifesaving equipment was yet to be received by Nigeria.

He said: “To when the ventilators promised by President Trump will arrive. To the best of my knowledge, they have not arrived. When they do arrive, it will be made known to the public.”

In his quick rundown of the activities of the ministry in sensitizing the populace on the best ways to contain the spread of the virus, the minister said jingles have been produced for both the radio and television in various languages.

He said the social media was also included in an aggressive campaign, adding that adverts were also placed on six national dailies covering the six geopolitical zones of the country.

"The ministry so far produced video and radio jingles in the following areas: General information of COVID-19 use of face masks; burial protocol; testimonials by COVID-19 survivors and mass gathering," he said

He also said all the jingles in English have been translated and produced in Pidgin; Igbo; Hausa; Yoruba.

“The ministry has developed 25 TV jingles and 25 radio jingles. The jingles produced by the ministry are currently running on 10 television Channels: TVC in between the programme ‘Your View’ between 9 am and 10:30 am; inside the 7 pm news; AIT before the 8 pm news; OnTV – Prime time Nollywood movies; Telenovella; correct movies; ZEE WORLD

Apologise to Nigerians over whereabout of Chinese doctors - PDP to FG

He also noted that the ministry has also provided airing for the NCDC and its partners to broadcast the jingles they produced on messaging for the physically challenged (deaf and dumb) and the use of face mask on all the channels.

Meanwhile, Legit.ng had previously reported that the federal government said that in the event of the overflow of hospitals, hotels and schools would be used for isolating COVID-19 patients.

It was reported that while speaking at the briefing of the Presidential Task Force (PTF) on COVID-19 on Thursday, May 28, the minister of health, Osagie Ehanire, asked schools and hotels to be prepared.