This is what I don't understand about Buhari - Amaechi

- The minister of transportation on Friday, May 29, said that he is amazed at President Buhari's silence as a leader

Reviewing the performance of President Muhammadu Buhari in power for the last five years, the minister of transportation, Rotimi Amaechi, has spoken on the president's leadership style.

Amaechi, speaking on Friday, May 29, on an NTA morning programme, said that what confuses him about President Buhari is his silence in relation to how he achieves his administration's Next Level vision for the country.

The minister said that President Buhari as a realist, does not believe in much talking but in the achievement of set goals, and as such, he speaks less and does more, adding that this disposition of Nigeria's number one citizen is startling not just to him but other ministers. Buhari's minister reveals why railway projects are yet to be completed 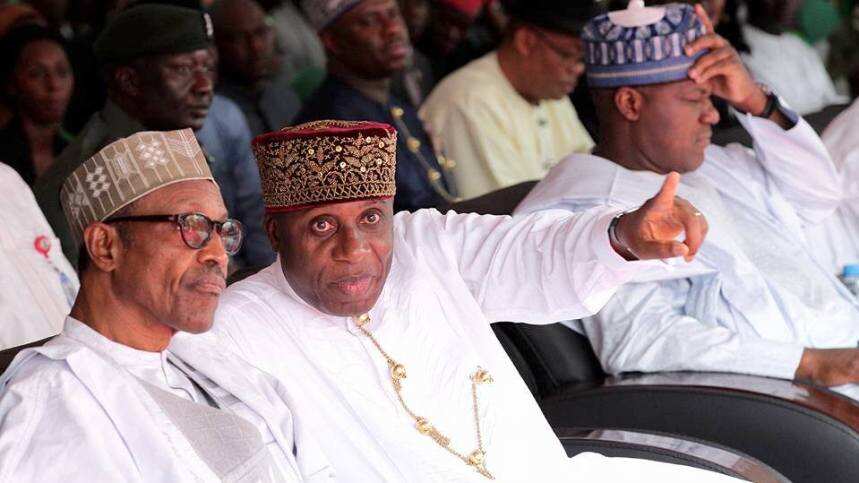 Rotimi Amaechi said that he is amazed at President Buhari's silence as a leader.
Source: UGC

In fact, the former Rivers state governor mentioned that except the president needs to engage a person in a high profile meeting, it usually does not take more than three minutes to convince the Nigerian leader about a practical project.

Meanwhile, Legit.ng reported that Amaechi had revealed why he joined politics in the country. Amaechi said that contrary to popular opinion, he did not become a politician to be a leader or to solve problems in the country.

The minister pointed out that he delved into politics because of the issue of unemployment in Nigeria.

Amaechi admitted that the poor in the country are yet to be properly represented and that it is in the hands of the well-to-do to manage the situation to the advantage of the less-privileged.

The minister said: “The poor are still here and I doubt if they would ever go away. What happens is that the elite – whether the capitalists or socialists – must manage them in such a way that they can be provided for."