- Royalty got two huge cakes, ice cream, and an amazing gift of birds in a huge cage that she had wanted all along

- On the following day, they held a parade like party in which her friends drove by the home signing and showering her with gifts

US singer Chris Brown has given daughter Royalty the party of a lifetime even under strict measures amidst the COVID-19 pandemic.

The singer's little girl was turning six years old on Wednesday, May 27, and he went all out to make her feel special like her name suggests. 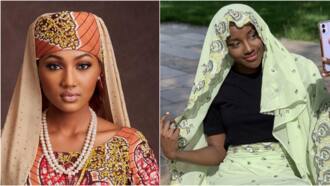 According to Hollywood Life, the little one's birthday started at midnight which was special to the dad and daughter as they are reported to love staying up late.

The low key party was not simple in any way as the little one got two huge cakes, ice cream, and amazing gifts including a small speed bike and birds on a huge cage that she had wanted all along.

"Her dad was there and her grandma and her (step) sisters. It was a big deal for her to have her party start at midnight. That was a way to make it extra special for her. But there is a lot more planned. They will be celebrating this all week and even into the weekend. She’s a very lucky little girl because both her parents love to treat her like a princess,” an insider told HL.

If that's not enough, on the following day the singer held a parade like a party in which her friends drove by his home signing and showering the birthday girl with gifts.

The cutie was dressed in a princess dress with hair extensions as long as her height.

Chris's house was also decorated with large boards showing her name and balloons all over the place.

Just recently on May 6, the singer celebrated his 31st birthday, and Royalty helped a whole lot as she was involved in designing the dad's cake.

The cake, orange in colour, had several photos of the singer as a kid with his mother and also of his daughter Royalty and recently-born son Aeko.

The singer's mother also shared a sweet clip of Royalty and Brown as they sang "happy birthday" while wearing matching hats, dancing around the cake. 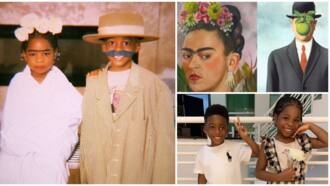