- Ize-Iyamu was endorsed on Thursday, May 28, in Abuja by Oshiomhole-led faction of APC in Edo state

Following the adoption of Osagie Ize-Iyamu as a consensus candidate by some governorship aspirants of All Progressives Congress (APC) in Edo state ahead of the party primaries on June 22, the development may have pitched the party’s national chairman, Adams Oshiomhole against strong political dynasty in the state – Igbinedions.

Vanguard reports that sources in the PDP and APC affirmed on Friday, May 29, said Igbinedion remained in the PDP and was even working quietly in the background to facilitate the emergence of Obaseki as the PDP candidate should he was shoved aside by Oshiomhole in the APC. 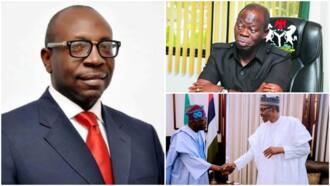 Just in: Ize-Iyamu speaks on alleged endorsement by Oshiomhole, Tinubu and Buhari

Legit.ng gathered that ahead of the commencement of the PDP congresses in 2019, Chief Lucky Igbinendion had organised meetings to fuse a consensus on the congresses and quietly slipped into the background.

The newspaper reported that a senior party, however, revealed that he was now working quietly in the background to help Obaseki.

“Yes, he is the one facilitating and trying to make a way for Obaseki to come to our party,” a high ranking official of the PDP in Edo state was quoted to have said on condition of anonymity.

The patriarch of the family, chief Osawaru Igbinedion despite being a patron of the PDP had during a visit to Obaseki last year given the governor a robust endorsement for a second term.

It was gathered that Obaseki has now become a pawn in the chess game by the Igbinedions to get their pound of flesh on Oshiomhole after the alleged great betrayal. 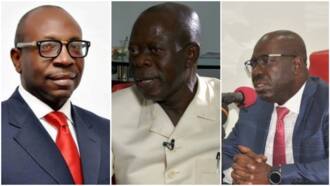 According to the report, Oshiomhole on his part is also using an offshoot of the Igbinedions, in the person of Ize-Iyamu to get his pound of flesh on Obaseki.

However, the permutation of Obaseki crossing over to the PDP was on Friday, May 29, the last day of submission of forms on tenterhooks as it gathered that only three persons had obtained the form of the PDP.

The three aspirants include Ihama Ogbeide, the member representing Oredo federal constituency, Ken Immasuagbon, popularly known as the Rice Man on account of his philanthropic gestures, and businessman Gideon Ikhien.

Obaseki’s precarious position has also been worsened by the decision of the Oshiomhole-led APC to schedule the screening of the APC aspirants in the second week of June.

The decision means that Oshiomhole has put Obaseki in a fix, making it difficult for him to leave the APC before the screening in two weeks. 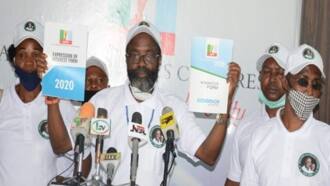 A party source said that the PDP NWC could determine a comprehensive waiver for him should that become an option.

The chairman of the Edo state chapter of the PDP, Anthony Aziegbemi, speaking on the possibility of Obaseki joining the PDP said: “We maintain the fact that our doors are open."

"Governor Obaseki is our governor in the state and if he wants to join the PDP he is free to do so. Will he get an automatic ticket, the answer is an emphatic no. 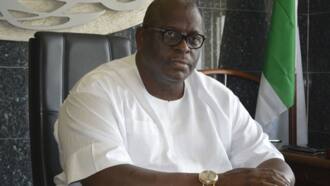 Meanwhile, Legit.ng had previously reported that the re-election bid of Governor Godwin Obaseki might have hit a brick wall as Ize-Iyamu emerged the party's consensus candidate for the next gubernatorial election in the state.