- Derek Chauvin, the killer cop charged with the murder of George Floyd, faces more troubles amid ongoing massive protest in the US

- The dismissed officer's wife, Kellie Chauvin, said she has filed for a divorce from his marriage of ten years to Derek

- Kellie's lawyer, announcing the development, said his client wants protection and privacy for herself and her immediate family

Derek Chauvin, an embattled former Minneapolis police officer charged with the murder of George Floyd, has seen his life tragically slumped into the cesspit of crisis as his wife has pressed for divorce.

Floyd's death generated a vortex of racism-related criticisms trailed by massive protests in the United State with Chauvin's action leading to his dismissal from the US police force.

Chauvin, as seen in a viral video, knelt on Floyd's neck for minutes while arresting him on Monday, May 25. Floyd became unresponsive during the arrest and was later pronounced dead. 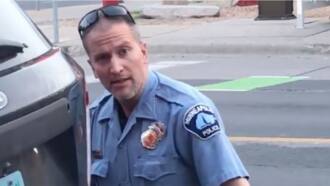 George Floyd: US police officer charged with murder of black

Amid raging storms, Chauvin's wife, Kellie Chauvin said she has filed for a divorce from his marriage of ten years to the embattled former officer, NBCNews reports. 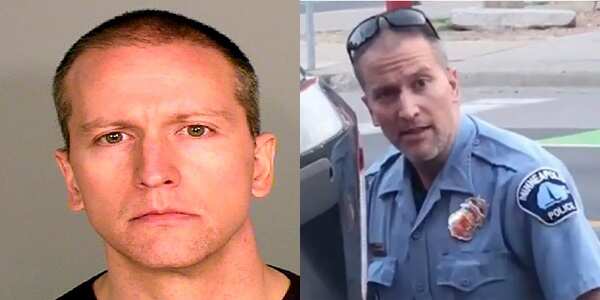 Derek Chauvin, the killer officer charged with the murder of George Floyd, faces more troubles amid ongoing massive protest in the US. Credit: NBCNews.
Source: Depositphotos

According to her lawyer, Kellie who has no children from her current marriage cited safety and privacy reason for the divorce.

"I spoke with Kellie Chauvin and her family. She is devastated by Mr. Floyd's death and her utmost sympathy lies with his family, with his loved ones and with everyone who is grieving this tragedy. She has filed for dissolution of her marriage to Derek Chauvin," Chauvin's attorney said.

Meanwhile, Legit.ng reported that Chauvin was arrested and charged with murder following the massive outrage that trailed the death of George Floyd.

Floyd was arrested for allegedly using a fake $20 note in a shop and died after being handcuffed and pinned down by the officer with his knee.

Much tears as Nigerian man was reportedly beaten to death in India, FG reacts (videos)

Chauvin was taken into custody on Friday, May 29, by the Minnesota Bureau of Criminal Apprehension.