- A former minister, Ango Abdullahi, says the Buhari administration is yet to meet up with the expectations of Nigerians

- Abdullahi made the statement when speaking on current happenings in governance

A former minister, Ango Abdullahi, has said incompetent and selfish appointees are responsible for the failure of President Muhammadu Buhari’s administration to meet up with the expectations of Nigerians.

The northern elder statesman also said he would rank Olusegun Obasanjo as a far better president than Buhari. 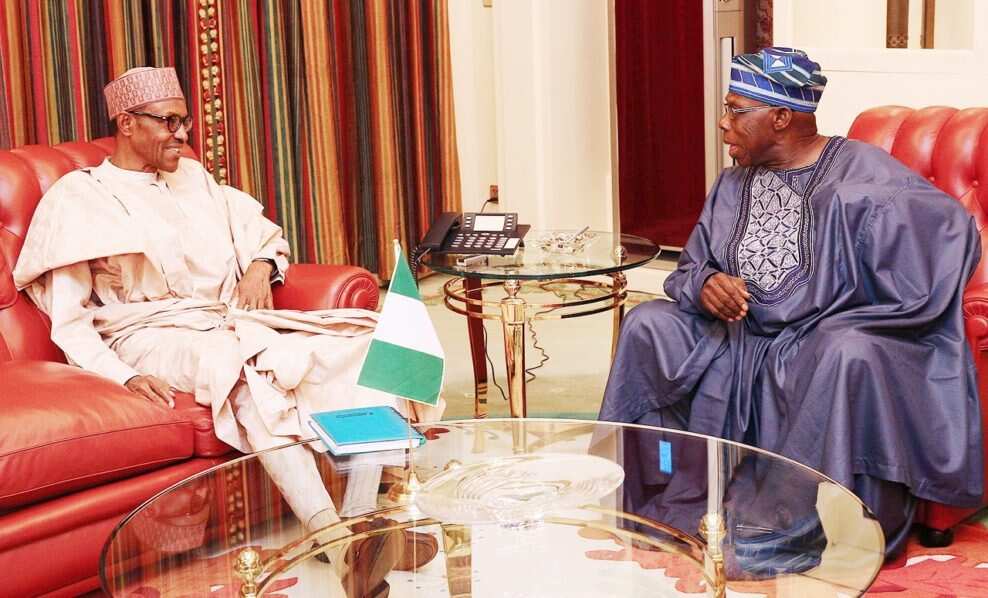 A former minister, Ango Abdullahi, has said Obasanjo has a better ability to take on the duties of a president. Photo credits: Premium Times
Source: Depositphotos

Abdullahi made the statement during an interview with Daily Trust on Saturday, May 30.

He said the poor quality of people around Buhari probably lack the qualifications and competence to execute their duties.

The former minister noted he would rank Obasanjo as a far better president than Buhari because the former had the ability to take on the duties of a president.

Sultan of Sokoto reveals what FG must do to defeat bandits

Abdullahi stated that Buhari lacks the firmness to ensure that his decisions are executed to the latter.

Meanwhile, just days after President Muhammadu Buhari wrote to the National Assembly for approval on plans to borrow a fresh $5.513bn loan, he has been asked to give details on borrowings by his administration.

Legit.ng reports that the demand was made by the Socio-Economic Rights Accountability Projects (SERAP).

SERAP confirmed the move in a series of tweets on its official Twitter handle on Sunday, May 31.

According to SERAP, it filed a Freedom of Information (FoI) request on Saturday, May 30, calling for details of all the foreign loans that the Buhari administration has taken since its inception on May 29, 2015.

In another news report, a prominent journalist and political affairs analyst, Wale Odunsi, has asked the Nigerian leader to sack the country's service chiefs President Buhari appointed the service chiefs on Monday, July 13, 2015.

Almost 5 years after, the military chiefs are still in their position even though they have spent the mandatory 35 years in service.

There have been calls from different quarters for the president to do away with the service chiefs and appoint new ones to inject fresh ideas into the military.

This is as Nigeria continues to battle large scale insurgency in the northeast, banditry in northwest and attacks by armed herdsmen on farming communities in the north-central.

Street Gist: Is Buhari The Lest Corrupt President Ever? | Legit TV