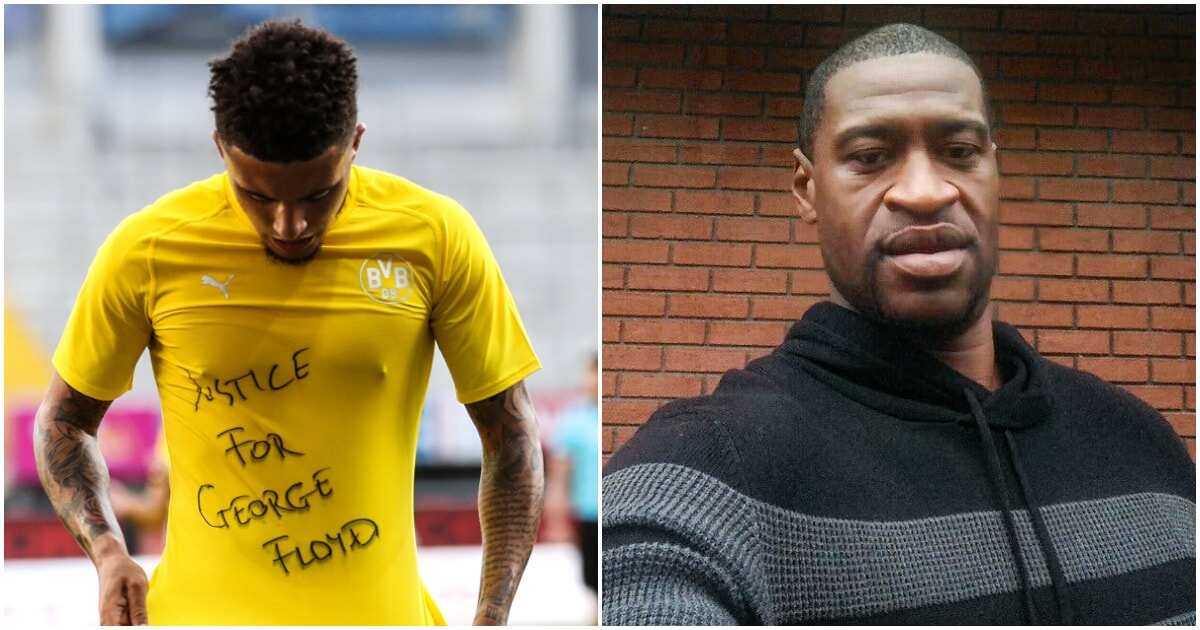 - In his celebration, the Englishman ripped his shirt to reveal a powerful 'justice for George Floyd' message

The Englishman lent his voice to the growing list of athletes standing in solidarity for protection against 'black lives'.

Sancho scored three times against Paderborn in their Bundesliga clash on Sunday and the Manchester United target dedicated his first of the three to late 46-year-old murdered in Minneapolis earlier this month.

Sporting stars have united in demanding justice for late George Floyd who died in the hands of the police in Minneapolis.

The incident captured on camera has since gone viral on social media, with fans thanking the England international for standing with Floyd.

Sancho was making his first start for Lucien Favre's side since the return of the Bundesliga post-coronavirus.

The Englishman's class gesture came just hours after Marcus Thuran paid tribute to Floyd by kneeling after he scored for Borussia Monchengladbach in their meeting against Union Berlin.

Days after Floyd's death, protests demanding for his justice have been witnessed across America.

Meanwhile, the police officer responsible for Floyd's death, Derek Chauvin, has been charged for the crime he committed.

Legit.ng earlier reported Bayern Munich have shown interest in the signing of Borrusia Dortmund winger Jadon Sancho and they are ready to move for him this summer.

This latest development will now come as a big blow for Premier League side Manchester United who have long been tracking how to sign Jadon Sancho.

Since moving to Germany in 2017, Jadon Sancho has been impressive in which his performances have made him the target of many clubs in Europe.