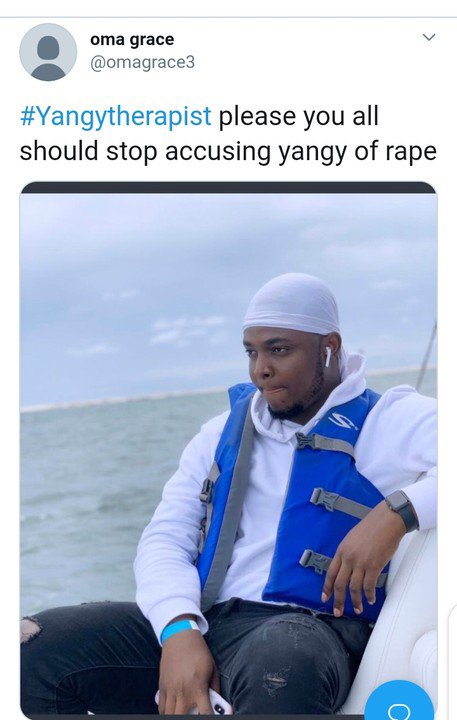 #Yangytherapist: A Babcock student, identified as Godknows Adolphus Owhor aka Yangy is under fire after being accused of raping 24 women.

Angie wrote:
A victim of rape sent this to my dm and I simply couldn’t ignore it, she exposed her rapist as someone called “YAngy” (I don’t know his twitter handle) she said to warn others of him . So ladies beware of this guy he is a rapist!
https://mobile.twitter.com/caramelangiee/status/1267718304933740547

This is a conversation between YAngy and someone he raped He told her to come out and say that she wasn’t raped and it was a lie ,so she said she’s not doing any of such,so he accused her of wanting money in exchange to come out and renounce what she said about the

Meanwhile, the Yangy guy posted a video defending himself and claiming he didn’t rape that he was supposed to date the girl but that he later dumped the idea.

Referees are now in the office, not pitch — Mourinho 0

Fulani: Christians must standup against Jihadist soldiers out to Islamize Nigeria – IPOB 0

Nigeria’s COVID-19 cases on Thursday crossed the 27, 000 mark as the country reported 626 new infections. This is according to a tweet on the official

The United Nations says it has suspended two workers involved in a recent s3x video that went viral.Spokesperson for UN Secretary-General, Stephane Dujarric, disclosed this

Lionel Messi was reported on Thursday to be planning to leave Barcelona in 2021, but Real Madrid coach Zinedine Zidane was hoping the Argentine maestro

The Ohanaeze Ndigbo General Assembly Worldwide has sued the Corporate Affairs Commission for N500bn for deregistering it.The President General of the body, Basil Onyeacholam, a

The APC National Leader, Asiwaju Bola Ahmed Tinubu, on Thursday night declared that there were no differences to be sorted out in the party.Tinubu, also