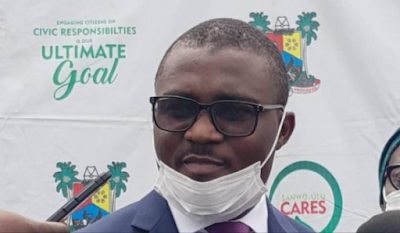 The Lagos state government says it will revert to the pre-2018 land use charge rate to reduce the financial pressure on citizens.

Rabiu Olowo (pictured), the state commissioner for finance, announced the development at the 2020 ministerial briefing to mark the first year anniversary of the Babajide Sanwo-Olu led administration.

“As we are aware, in 2018, there was an increase in LUC rate and at the same time, a revaluation of property; this twin-shock had a sporadic increase in LUC assessment. The soon to be revealed reform will among other things, reverse the rate to pre-2018 rate,” he said.

“The reform also considered a flexible land use charge payments and efficient customer service management in other to ensure prompt issue resolution.”

Akinwumi Ambode, immediate past governor of the state, announced a review of land use charge in 2018; increasing the charge on a property solely occupied by the owner for a residential purpose to 0.076 percent per annum from 0.0394 percent.

The rate for an investment property fully occupied by tenants or third party(ies) was increased from 0.394 percent per annum to 0.76 percent.

After opposition from various quarters, the rate for commercial properties was reduced by 50 percent and 25 percent for owner-occupiers.

Olowo said the government hopes to keep economic activities going in the state without causing problems that will complicate the financial hardship caused by the COVID-19 pandemic.

Listing other initiatives that have been put in place in the last one year in the area of revenue optimization, the commissioner said an e-tax platform has been deployed for tax operations and administration matters, automation of operations of Lagos Lottery Board and F.O.R.C.E (Focus On Revenue Creation Everywhere), to monitor, review and drive innovative revenue performance whilst providing revenue assurance.

He explained that the state has been able to restructure all its existing internal loan facilities previously at the rate of 18%-20% to 14% thus increasing cash flows adding that the state achieved 106 percent performance in the first-quarter revenue as against budget.