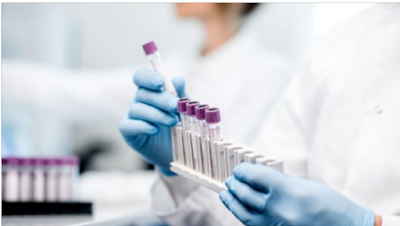 The World Health Organization says it is resuming hydrochloroquine trial for treatment of COVID-19 patients.

On May 22, a study published by The Lancet, a medical journal, claimed that chloroquine had no positive effect on the treatment of COVID-19 among 96,032 sampled patients.

Three days later, Tedros Ghebreyesus, the WHO director-general, announced a “temporary pause” in the WHO solidarity trial of the drug, while citing the study.

Addressing a virtual press conference on Wednesday, Tedros said the drug trial will now commence in the quest of finding a solution to the virus.

He said findings by the WHO data safety monitoring board revealed that there was no reason to discontinue the trial after reviewing available data on the drug.

Tedros said the executive group endorsed the recommendation, adding that “all arms of the solidarity trial” will continue.

“Last week, the executive group of the Solidarity Trial decided to implement a temporary pause of the hydroxychloroquine arm of the trial, because of concerns raised about the safety of the drug,” he said.

“This decision was taken as a precaution while the safety data were reviewed. The data safety and monitoring committee of the solidarity trial has been reviewing the data.

“On the basis of the available mortality data, the members of the committee recommended that there are no reasons to modify the trial protocol.

“The data safety and monitoring committee will continue to closely monitor the safety of all therapeutics being tested in the solidarity trial.”

Based on available data, the #COVID19 Solidarity Trial Data Safety & Monitoring Committee recommended there are no reasons to modify the trial protocol. The Executive Group endorsed the continuation of all arms of the Trial, including the use of hydroxychloroquine. https://t.co/r88DVEvZ3j pic.twitter.com/cYITShxcE7
— Tedros Adhanom Ghebreyesus (@DrTedros) June 3, 2020

This development is coming few hours after an investigation revealed that the suspension of hydroxychloroquine trial by WHO was based on questionable data.

Jose Mourinho recorded his 200th Premier League win as a manager with Tottenham’s 1-0 victory over Everton.. A Michael Keane own goal proved enough for