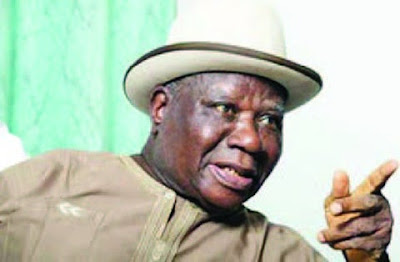 Ijaw nationalist and South-South leader, Chief Edwin Clark, has demanded the constitution of a new investigative panel to probe the Interim Management Committee of the Niger Delta Development Commission and some members of the National Assembly.

According to him, allegations made against the Chairmen of the Senate and House Committees on Niger Delta Affairs, for which they have denied, were too weighty that they cannot be swept under the carpet while issues of corruption in the NDDC have become endemic.

He also insisted on the Presidential directive on forensic audit on the NDDC saying deviating from such “is unacceptable”.

Clark bared his mind in an open letter to the Senate President, Ahmad Lawan and Speaker of the House of Representatives, Femi Gbajabiamila, dated June 3 2020, and obtained by newsmen In Abuja on Thursday.


Clark said, “The allegations made against both Chairmen are too weighty that they cannot be swept under the carpet. Their statements or explanations are not enough at all. A new investigative panel should be constituted to investigate both the IMC and these members of NASS.

“Issues of corruption in the NDDC have become endemic. It was as a result of these complaints, that Mr. President, promptly and courageously appointed the IMC, to supervise the forensic audit which he had also set up, to investigate all the alleged corrupt practices that had been perpetuated in the commission, before a board will be inaugurated for the commission.

“Any attempt to distract from Mr. President’s directive that forensic audit of the NDDC should be carried out is unacceptable to the people of the Niger Delta. We are solidly behind Mr. President in this his directive.

“Therefore, Mr. Senate President, and the Right Honourable Speaker, if nothing is done, and urgently too, to investigate these grievous allegations leveled against these members and by extension the National Assembly, I must say that it will erode the confidence people, especially, Niger Deltans, have on the National Assembly.”