- The two came through the ranks of United academy but unlike Greenwood, Gomes has been unable to completely break into the senior team

Mason Greenwood has dedicated his goal against Brighton at AmEx Stadium to Angel Gomes who is on the verge of leaving Man United.

Gomes' contract with United expired on Tuesday, June 30, and all signs now point at a possible departure.

It is understood the Red Devils failed to reach an agreement over a new deal with the youngster's representatives, opening doors for his exit.

Despite being widely regarded as one of the hottest emerging prospects, the United academy graduate has failed to permanently break into the senior team.

He has been limited to just six appearances this season in all competitions and it looks unlikely he will be part of Ole Gunnar Solskjaer's future plans.

The teenage midfielder came through the ranks with Greenwood who has since been integrated into the first team.

Greenwood put his side ahead on the south coast with a spectacular finish as United went on to win 3-0.

The 18-year-old sprinted away in celebration after the opener before he made an 'A' sign in dedication to his pal Angel. 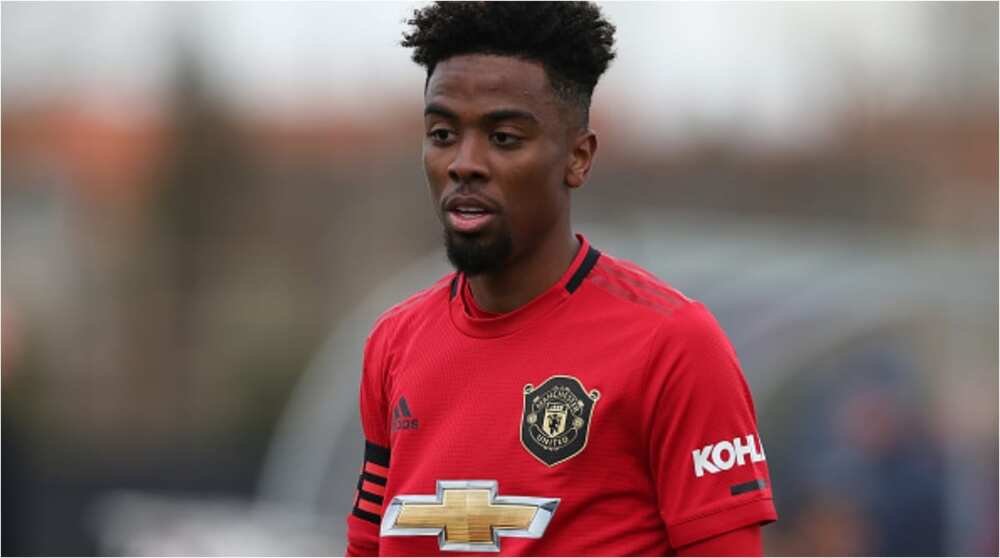 The two came through the ranks of United academy but unlike Greenwood, Gomes has been unable to completely break into the senior team. Photo: Getty Images.
Source: Getty Images

Meanwhile, Chelsea are understood to be the leading contenders to sign the out-of-favour United youngster.

However, Legit.ng earlier reported that Angel Gomes' dream of playing for Chelsea in the Premier League has hit the rock after the Blues' manager Frank Lampard seems to have ruled out a move to sign the Englishman.

Gomes' contract at Manchester United expired on Tuesday, June 30, and failed to renew his deal at Old Trafford because of wages' issues.

Manchester United boss Ole Solskjaer was reported to be frustrated with Angel Gomes' decision not to renew his contract at Old Trafford this month.

Reports suggested that Angel Gomes thought about the possibility of him getting active playing time at Old Trafford before he decided not to sign a new deal.