A video has emerged in a which a woman in Florida, United States, could be seen giving birth while standing at a hospital parking lot.

The moment was captured by doorbell camera as Susan Anderson and her husband Joseph approached the hospital building, The Western Journal reports.

Legit.ng notes that Susan told WPLG-TV: “During the car ride to the birth center, I turned to my husband, and I was like, ‘I need to push!'.

"I didn’t think I wouldn’t make it into the building.”

Susan had planned to experience a water birth but her baby did not let that happen.

The new mother added: “That was my focus, just getting inside to the birthing tub, but she had other ideas.” 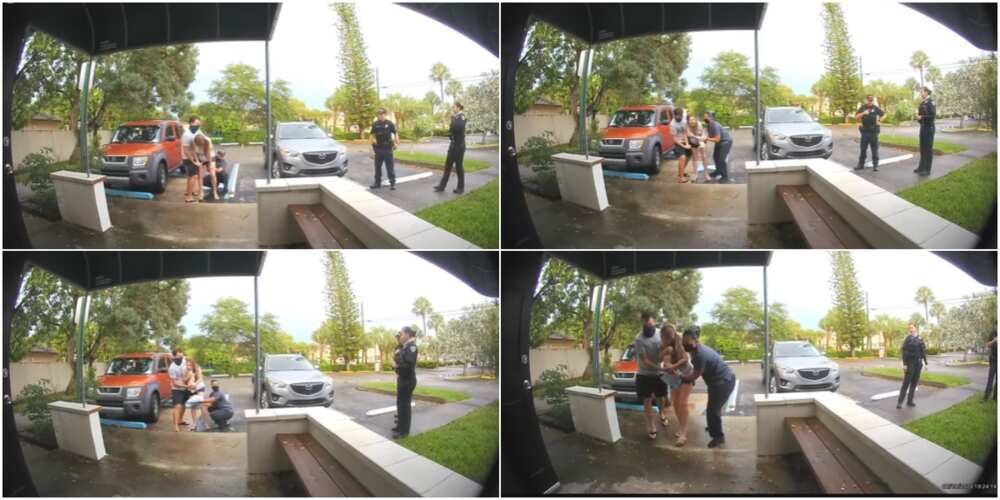 The woman and her husband approached the building but the baby didn't allow them get in before coming out of the womb. Photo credit: The Western Journal
Source: UGC

In other news, a couple who met in college and married after graduation want to have their baby breastfed by their girlfriend Jess.

The adventurous couple were shocked when they realised they wanted much more than just a one-night thing with Jess.

Lo said: "Before we met Jess our relationship was a lot more vanilla. 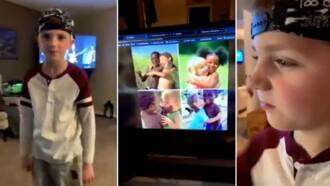 Is racism taught or inherited? This video has some proofs as the world condemns killing of George Floyd

Lo said she and Mike love being around Jess, adding that what they have is organic like any normal relationship.

Meanwhile, Legit.ng previously reported that a lady simply identified as Bianca took to Twitter to share how she got a vehicle gift from her parents after graduating top of her class.

According to her, she would not have got this far without her friends and family.