This family's joy knows no bound, they just found their son who went missing at age 2 after 18 years (photo)

- When he realised the family he grew up with was not his, Samuel started a search for his mom and dad, which has turned out to be fruitful

Samuel Nii Quaye, a boy who disappeared when he was only two years old has finally been found by his real family at 20 years old.

Atinkaonline.com confirms the boy was found after the traditional media, Atinka FM, hosted Samuel who recounted his story and mentioned all he has been through since childhood.

According to the young man, he had been living with a fetish priest throughout his life and only realised they were not actually related after the man's wife was deceased. The obituary poster of the late woman did not include Samuel's name, which confused him until he enquired about this to his siblings who said he was brought to them more than 18 years back.

From that moment, the missing boy decided to trace his roots and locate his family, a quest that brought him to the radio station where his story was aired.

It is reported that after the radio show featured Samuel, four different families called saying they had lost their son about 18 years ago. 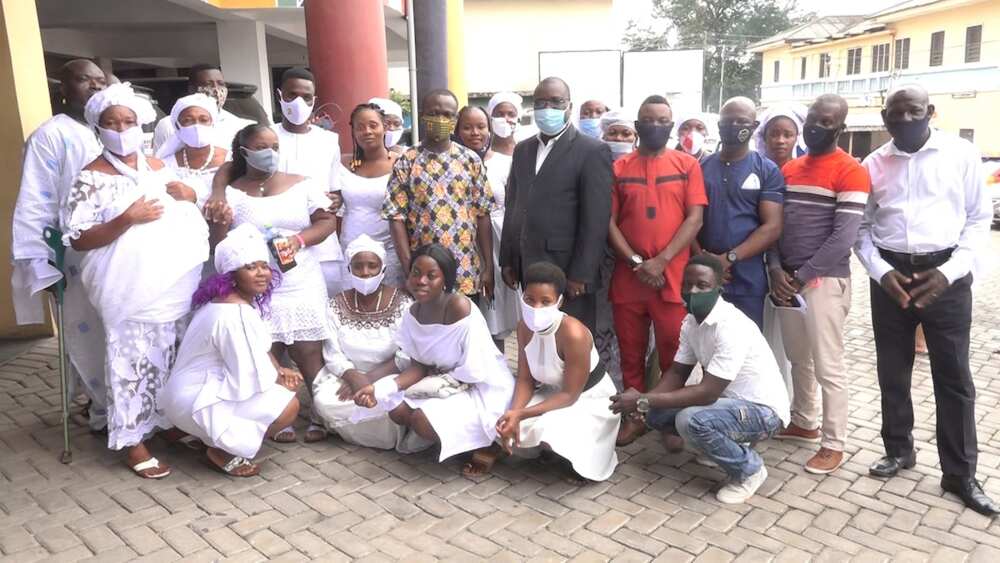 They were all asked to undertake a DNA test that confirmed Samuel belonged in the Nii Quaye family. The result of the paternity test was 99.98%.

Samuel's father indicated that he recognised a birthmark on him and was absolutely sure the result was going to prove Samuel was his son.

The mother of the child, Alberta Yartey, could not hold back her tears and said the return of her son was a confirmation that there truly is a supreme being called God.

Meanwhile, Legit.ng earlier reported that a Nigerian woman, Irene Ubani, did humanity a great service as she gave a street beggar, Abolude Ayodeji, an opportunity to become better in life.

She said the boy, Deji, used to ask for alms at her bus stop alongside other teenagers like him. She was able to help him with the collaboration of the commissioner of education in Lagos state, Folashade Adefisayo.