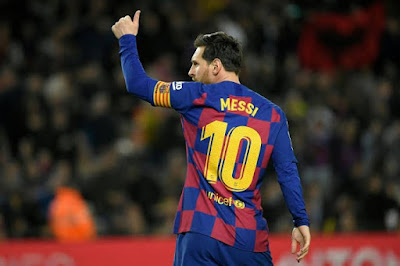 Barcelona cannot afford to “depend on Lionel Messi’s magic all the time”, admits Rivaldo, with it becoming increasingly apparent that Antoine Griezmann has been written off as a “bad signing”.

Rivaldo is puzzled as to why a proven performer, who is only 29 years of age, is already being phased out, with Griezmann having contributed 14 goals to the collective cause across what has been a testing campaign.

The Blaugrana legend told Betfair: “Barcelona cannot depend on Lionel Messi’s magic all the time. He reached his 700th goal with Barcelona which is absolutely astonishing and only proves how fantastic he is as a player, always delighting his fans – but he can’t carry the team.

“Playing behind closed doors harmed Barcelona against Atleti as the visitor didn’t face a hostile environment at Camp Nou, but that’s not an excuse for Barca’s disappointing performances since the return after the lockdown.


“The lack of creativity and unpredictability in attack also comes from a lack of options on the bench for Quique Setien. I can’t see a player on the Barca bench entering the game and deciding a match like the one against Atleti.

“Furthermore, if you want to change anything you can’t wait for the end of the game and expect that Antoine Griezmann will solve anything by coming on in the 90th minute.