Dinka tribe has some of the tallest people in Africa (photos)

- In the precolonial era, they live mostly in farms and make ends meet through their livestock

The Dinka people, a Nilotic tribe from South Sudan are known as some of the tallest people in Africa. The Tutsi of Rwanda is another. They live along the Nile in Bahr el Ghazal and Dinka Ngok of Abyei Area in South Sudan

According to oral traditions, the tribe originated from the Gezira in a place that is now known as Sudan. It should be noted that the Dinka people live mostly on farmland as they depend mostly on livestock for their livelihood.

The population census conducted in 200 in Sudan showed that the Dinka people are about 4.5 million people, putting that at 18% of the country’s population and the biggest tribe in the nation. How Africa reports. 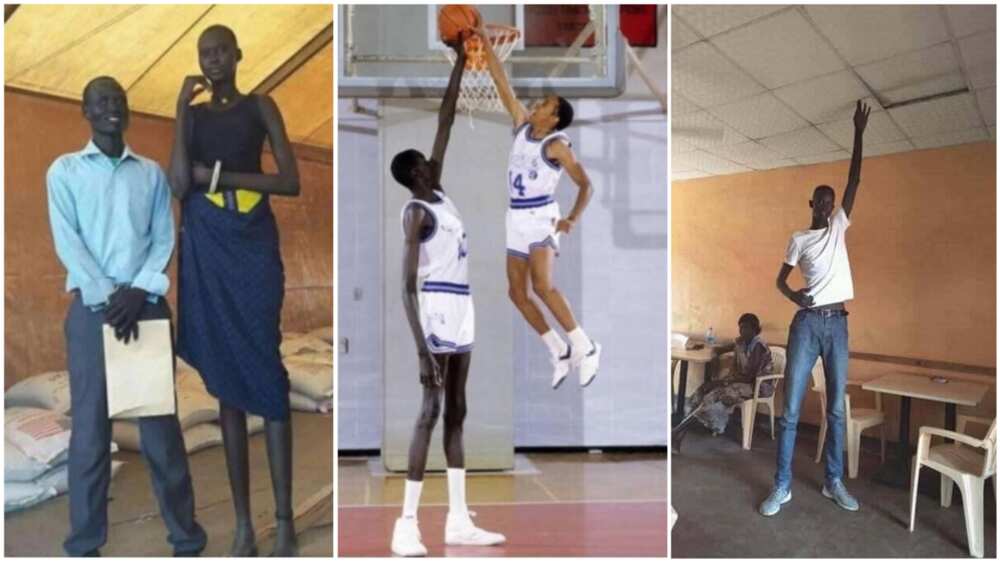 Another thing worthy of note is their language is in Latin letters with some exported characters.

Meanwhile, Legit.ng earlier reported that the Tuareg tribe gives much power to women as they are allowed to decide their fate without the so-called supreme power of men.

Their men wear a blue indigo veil as a protective measure to keep their face safe from the dust of the desert.

The tribe never dumped their tradition of allowing men to wear veil instead of women despite their adoption of Islam.

In the case of divorce, the women get to keep all the tents and the animals as the man is chased out to return to his mother’s home with just a camel in his possession.

Also, whenever the women divorce their husbands, their mothers will throw them a party so that other men can know they are now available for new relationships.

One of the things that is beautiful about the tribe is that they have dignity and a Tuareg will never ask for things like water if they are not offered.