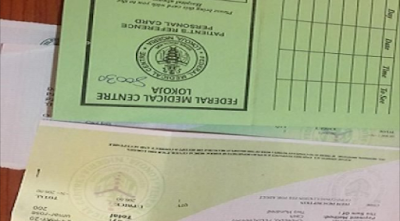 On Wednesday morning, as health workers at the Federal Medical Centre in Lokoja, Kogi state capital, prepared to brief journalists on the COVID-19 situation in the state, gunmen stormed the hospital, attacking doctors and visitors while looting properties.

The attack, the doctors disclosed, was to stop a planned protest on the “confirmed COVID-19 status” of some patients who were at the hospital.

Kingsley Fanwo, the state commissioner of information, had typically said via a statement: “Preliminary findings revealed that the violence ensued when relations of patients in the medical facility protested against the failure of the management of the hospital to attend to them.”

This is in line with the official position of Yahaya Bello — that the state is free of COVID-19 and people are only being forced to accept that the pandemic exists.

Various sources, including two doctors in leadership positions, said the attack, which lasted close to an hour, was just before the protest being organised by all health workers unions in the state under the Joint Action Congress (JAC).

The sources, who asked not to be named for fear of endangering their lives, disclosed that the armed men  numbered about 30 and arrived in three Hilux vans, shooting sporadically into the air.

While workers and visitors who were at the hospital premises scampered for safety, the hoodlums proceeded to the administrative block parts of which they destroyed before carting away some valuable assets including laptops, phones, two motorcycles as well as documents.

TheCable could not immediately reach Tunde Alabi, the chief medical officer at the hospital, but it was learnt that most of the operation at the hospital has been suspended, worsening the situation for patients in recent weeks.

Long before the planned protest, it was gathered that there has been a COVID-19 scare at the hospital after some persons were exposed to patients “who later tested positive to COVID-19.”

A June 26 memo jointly issued by the  health workers unions said the “prevailing approach to the diagnosis and treatment of COVID-19 in this part of the country” was a source of concern for doctors and nurses at the FMC.

The memo read: “At present, the Accident and Emergency unit of the Centre is closed down due to exposure to patients who later tested positive to COVID-19 and in the last couple of weeks, death has occurred of close relatives of staffs, not sparing our staff.

“Secondly, since this pandemic started, our centre being the main tertiary health institution in the state has witnessed high traffic of patients and persons from COVID-19 confirmed states and yet, no appropriate testing for this disease. The cause of death of our staff and those close to them cannot be confirmed if related to COVID-19, which has kept us all grouping in the dark.”

‘THE EXPOSURE WAS SO MUCH… WHAT MATTERS NOW IS STAYING SAFE’

A doctor who heads one of the health unions told TheCable that “we believe” the attack was to shut them down after they have repeatedly criticised the state government’s style of managing the pandemic.

The doctor said his colleagues are apprehensive as some have been isolated after a patient who was recently admitted at the hospital tested positive for coronavirus after being transferred to Abuja.

He added that the “exposure was much” during the time the patient stayed at the hospital.

“We wanted to have a peaceful protest to draw the attention of the federal government to what is going on, so that they can give us a PCR testing machine to be using which is what the NCDC (Nigeria Centre for Disease Control) is using,” the doctor said.

“We wanted them to put one here at the FMC which is the cardinal point in all of this because this is where most people come when they are sick and no one is getting tested.

“The Accident and Emergency unit has been shut since because someone moved from there to Abuja and on getting to Abuja, the person tested positive. And the exposure was much so everybody is worried.”

The doctor, who said the health workers are especially concerned about their families who they return home to after work, added that some of them have lost their relatives in recent weeks while some others have been in isolation after exposing themselves to the coronavirus.

“Some of our nurses have lost their spouses, three of them, some suspected to be COVID. And some have been sick since and have been treating themselves but cannot come out because of stigmatisation,” the doctor said.

Plans of the protest was shelved because, according to one of the doctors, “if thugs can enter into the hospital and terrorise staff, nobody knows what will happen; what we are concerned about now is the safety of live of our people.”

But hours after the attack, The doctors embarked on an indefinite strike pending when their grievances are met, including the security of their lives, provision of personal protective equipment and a testing machine.

Although the NCDC has so far announced four cases of COVID-19 in Kogi, the latest on Sunday, the state government has insisted the state is free of the disease after accusing the NCDC of falsifying COVID-19 cases in Kogi.

However, residents told TheCable some of them are apprehensive following recent happenings: the chief judge died at a COVID-19 isolation centre in Abuja barely two weeks after an aide of the governor died at a private hospital in the nation’s capital as well.

Both Saka Haruna and Austin Ojotule, Kogi commissioner for health and the state epidemiologist respectively, did not immediately respond to TheCable’s enquiries on issues raised by the doctors.

But the state government had said the reported attack on Wednesday was a protest embarked upon by the relatives of the patients.

Despite Bello’s posturing, a number of recent high-profile deaths in the state might be related to COVID-19 complications.

Nasir Ajanah, the chief judge of Kogi state, died at an COVID-19 isolation centre in Abuja on Sunday morning.

Bello attended the burial at Gudu, Abuja — conducted in compliance with the COVID-19 burial protocol set by the NCDC.

Abdulateef Suleiman, personal assistant to Bello and Ibrahim Shaibu Atadoga, the president of the Kogi customary court of appeal in the state, are both believed to have died from COVID-19 complications, but the state government has refused to confirm or deny.