- BBNaija's Kimoprah has said that she learnt English from watching TV

BBNaija's Kim Oparah popularly called Kimoprah has finally revealed where she got her different accents from. The Pepper Dem housemate took to her official Instagram page to address the matter.

In a video she shared online, the reality TV star said that a lot of people have been asking her where she is from and why she has a lot of different accents.

According to her, she learnt English by watching TV. She noted that she picked the differents accents from the programmes she watches on the television. 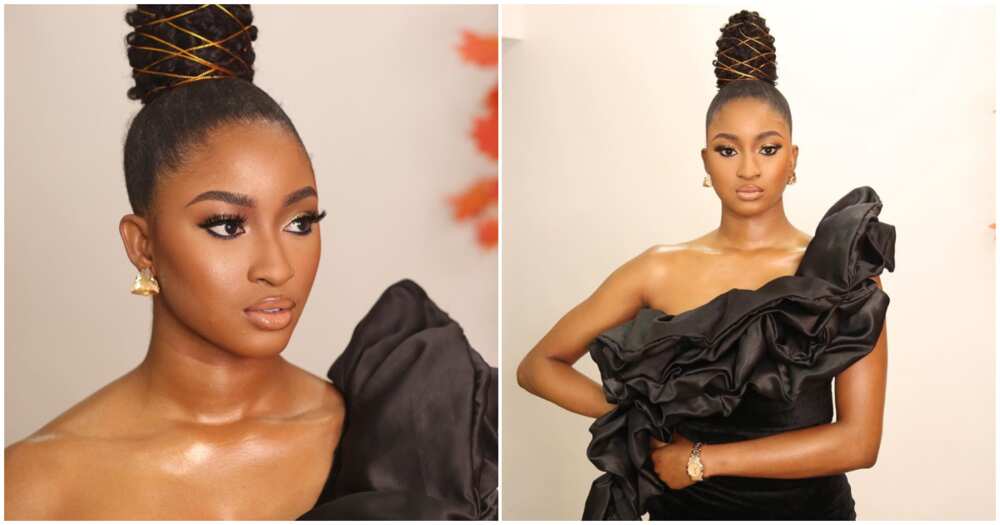 Kim Oprah opens up on how she got her different accents. Source: @kimoprah
Source: Instagram

The BBNaija star said that she's able to switch from one accent to another whenever she wants.

"So, a lot of you guys have been asking me where I'm actually from because I have a lot of different accents. You are like girl, are you going to tell us or not? Truth be told, like many immigrant kids, I leant English from watching TV. I picked a lot of different accents. I could be sober in one moment and then switch it all up and then boom, I'm speaking in my African accent," she said while laughing at herself.

However, she stated that people should just deal with the way she speaks. According to her, she's tired of answering questions on the different accents that she has.

The tall and handsome housemate confirmed that he likes his fellow housemate and they have talked about it a number of times, but she is focused on her life's goals which he respects.

Also noting the challenges they have encountered in the time they have talked about their feelings for each other, Omashola said he knows what he wants and it is Kimoprah.