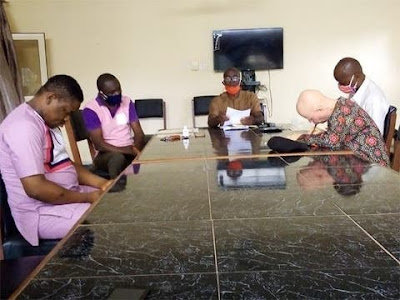 The Academic Staff Union of Universities, ASUU, University of Nigeria, Nsukka, UNN chapter, Friday, washed off its hands from the deanship elections being organised by the management of the institution.

In a document signed by the chairman of UNN chapter of ASUU, Comrade Christian Opata, and the secretary, Comrade Joseph Chukwuma, the union said its members are still on strike as directed by the National Executive Council, NEC  due to the impasse it has with the Federal Government on the Intergrated Payroll and Personnel Information System, IPPIS.

The union equally said that the planned elections which is scheduled to hold on the 6th July, 2020,  is inimical to the struggles of ASUU and vowed to sanction any member of the union who participates in the said exercise according to the provisions of the constitution.

Part of the document reads: “In order to register the union’s disapproval, disenchantment and opposition to the planned events which absolutely negate the spirit of ASUU struggle, the expanded executives of the branch in a meeting held on July 1st, 2020, resolved that the efforts by the university administration to hold deanship elections and appraisals during the current strike is inimical to ASUU struggle and is hereby condemned in strong terms and utterly rejected by the union.


“That members are urged to abstain from these planned academic activities as such would portray ASUU-UNN in a bad light and may earn her another suspension from the national body.

“That members who participate in the elections would be sanctioned in line with the provisions of our constitution.

“That in the event of the University administration not listening and reasoning along the line of our appeals and proceeding with the already scheduled activities, the branch would mobilize its members to disrupt the elections in all the venues and as well all faculty appraisal meetings.

“Finally, we wish to state that our members in the branch are committed to the struggles by our union to reposition university education in Nigeria and cannot chicken out at this very critical period.”