Both sides shared the spoils at the end of the match following their inability to outscore each other at Old Trafford on February 24, 2019.

The Reds finished just one point behind Manchester City who were eventual champions of the 2018-19 season.

Salah revealed that he shed tears in the dressing room after the match but the Egyptian played a key role in Liverpool's triumph one season after.

The Merseyside outfit won their first-ever Premier League title in over three decades in style - gapping the Citizens with 23 points when they were confirmed winners.

Their visit to the Etihad Stadium after their triumph ended up in disappointment as they suffered a 4-0 defeat.

"It's great, winning the Premier League after a long time. Unbelievable," said Salah, who was speaking to Sky Sports' Jamie Carragher.

"I think some players wanted to beat Man City and win it there. It was an unbelievable feeling when Chelsea scored the second one and wow it was a party."

Salah added: "I remember last year against Man United away where we drew I went into the dressing room and started to cry. That was the moment I felt we lost the Premier League.

"It is unbelievable to win it this time having lost it by one point last year. 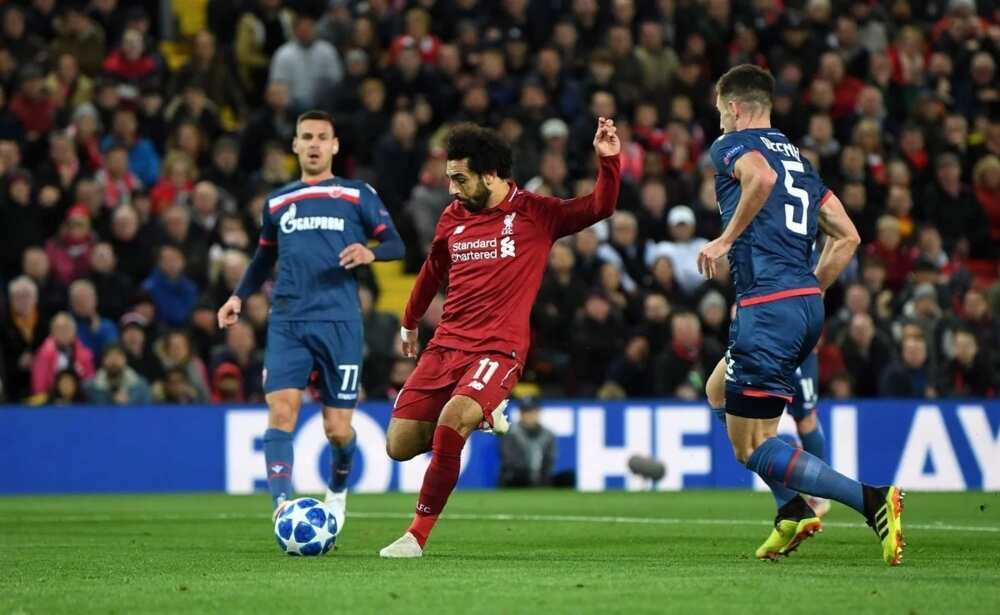 "The first time we felt we could win it [this season] was when we beat City. Then a few games like Leicester at home we knew mentally it is our season. We didn't have that luck last season."

The Reds have eight games left to spare, a record which no English side have achieved in the history of the Premier League.

The Anfield giants broke Manchester United's initially feat of five games left to play after picking just one loss in 31 matches so far.

Meanwhile, Manchester City boss Pep Guardiola has accused newly crowned Premier League champions Liverpool of not saying thank you for the 'guard of honour' at the Etihad Stadium this week.

The Reds had already been confirmed winners of the 2019-20 season days before the match and the Citizens stood and clap while they walk into the stadium just before their 4-0 demolition.

A goal each from Kevin de Bruyne, Raheem Sterling, Phil Foden and then an own goal from Alex Oxlade-Chamberlain ensured City condemned Jurgen Klopp's men to a 4-0 demolition.