- The emir's suspension was announced on Friday, July 3, by the state government

The Bauchi state government on Friday, July 3, announced the suspension of the emir of Misau, Alhaji Ahmad Suleiman.

The emir was suspended over a violent clash between farmers and herders in his domain that led to the deaths of nine people, The Nation reported. 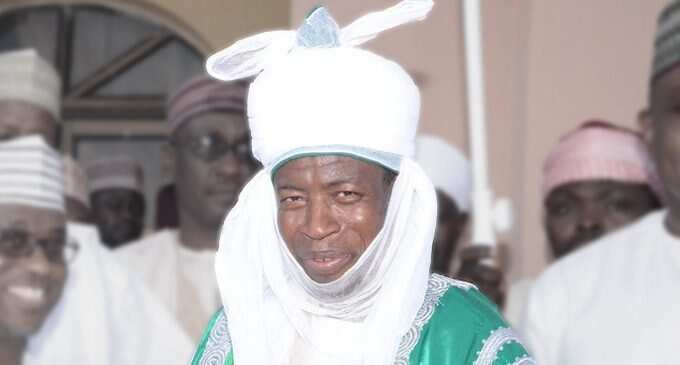 The monarch was suspended over a crisis in his domain which led to the deaths of nine people. Photo credits: Tribune
Source: UGC

The Bauchi state governor, Bala Mohammed, has also set up a 13-man investigative panel to identify the cause of the communal clash.

According to The Nation, Suleiman Usman Alilu, the chairman of the LGA, confirmed farmers were killed. The chairman explained that the herdsmen stormed Adana village as early as about 5:30 am when residents were just getting up.

Alilu went further to note that immediately when he got the call that Adana community was under attack, he called Lt. Col. Paul Hemba, the chief security adviser to the governor and commander of the military contingent in Agatu.

In another report, the House of Representatives has urged the federal government to stop the entry of foreign herdsmen into Nigeria.

This was contained in a motion brought to the lower chambers of the National Assembly by the minority leader in the House of Representatives, Honourable Ndudi Elumelu.

Contributing to the motion, lawmakers stated that herdsmen have been on a rampage, destroying farmlands and killing innocent Nigerians.

They also noted that they are aware that security agencies have consistently said the herdsmen come from neighbouring African countries.

The motion was, thereafter, unanimously adopted by the House. Armed herdsmen have caused havoc in various parts of Nigeria in recent times.

Three months ago, the apex Igbo socio-cultural group, Ohanaeze Ndigbo, wrote a letter to the Inspector General of Police (IGP), Mohammed Adamu, over the movement of herdsmen with AK-47 rifles in the southeast region.