Premier League giants Liverpool have announced that their midfielder Curtis Jones has signed a new five-year contract at Anfield thereby ending speculation over his future.

Liverpool chiefs decided to reward the 19-year-old star with a new deal considering his superb performances for the Reds so far since he teamed up with the side.

Curtis Jones who has played eight games for Liverpool this season is among the youngsters the Reds' manager is planning for them to take the side to next level.

Jones who has been with Liverpool since he was nine also expressed satisfaction with the fact that he has signed a new deal at the club.

Liverpool fans will not forget easily the wonder goal Curtis Jones scored for them back in January in the FA Cup against Everton. 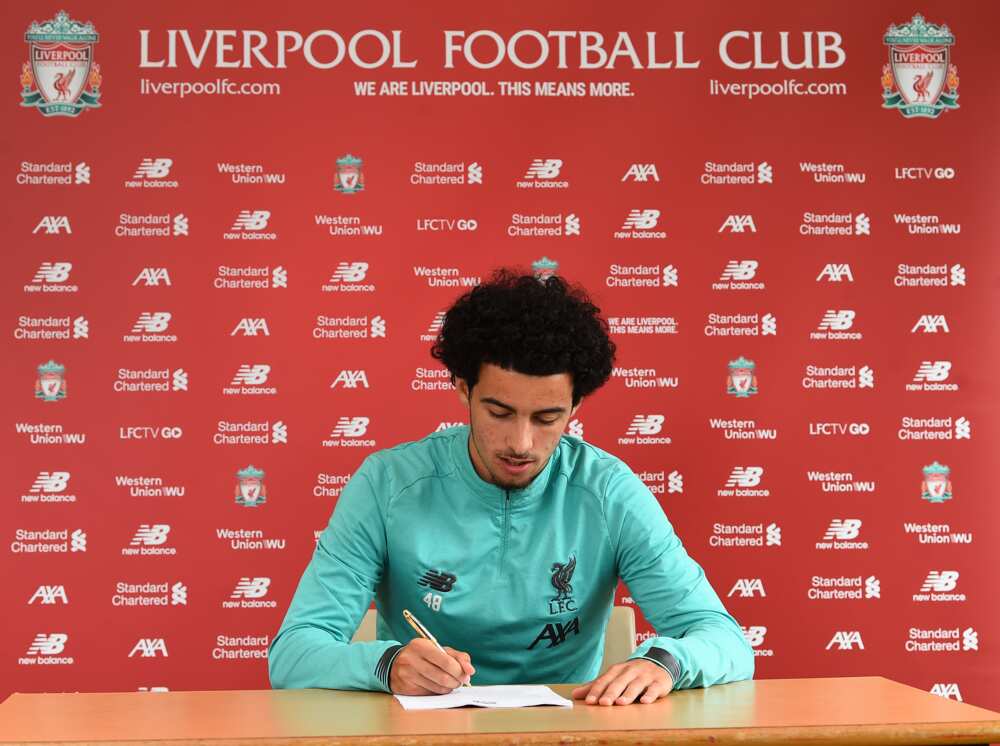 He was also superb for Liverpool in the fifth round tie against Shrewsbury in which fans applauded him after the encounter.

''Of course, we're working with a great manager and around the best team in the world, so for me it was easy and I'm extremely proud,'' Jones told Liverpool website.

The Reds recently suffered their second defeat of the season in the Premier League losing against Manchester City.

Earlier, Legit.ng had reported how Thiago Alcantara who currently plays for Bayern Munich in the Bundesliga is now on the verge of moving to England after he reportedly agreed personal terms with Liverpool.

Jurgen Klopp is planning to bolster his squad for next season after winning the 2019/20 Premier League title so as for him to retain the trophy.

According to the latest report on UK Sun, negotiations between Liverpool and Bayern Munich is going on and the deal is expected to cost the Blues massive £31 million.