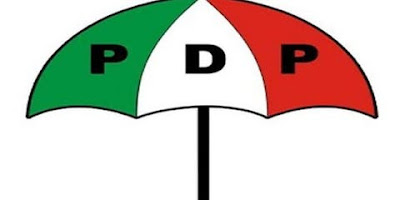 The Peoples Democratic Party, PDP, has said the judgment of the Court of Appeal in favour of Governor Yahaya Bello does not detract from “the fact,” by hard evidence, that it won the November 16, 2019, Kogi state governorship election.

The party noted on Sunday that the Appeal Court, in its judgment, decided to discount the merit of the evidence before it, which showed that the PDP candidate, Engr. Musa Wada scored the highest valid votes in the election.

In a statement issued by its spokesman, Kola Ologbondiyan, the PDP observed that the judgment of the Appeal Court “will be a major setback to our democratic process if left unchallenged, but expressed confidence that justice will be served on the merit of the case by the Supreme Court.”

The statement read in part: “Our party holds that discounting of hard evidence of over-voting, massive thumb printing, voter intimidation, thuggery and other irregularities and malpractices used by the All Progressives Congress, APC and compromised Independent National Electoral Commission, INEC, officials to manipulate the results of the election would be reviewed at the Supreme Court.


“Justice on any matter is based on the weight of evidence before a court. The failure by the Appeal Court to consider key and essential ingredients of evidence before it on their merit, as already admitted and upheld by a judgment of a preceding court, amounted to a frustration of the course of justice in the matter.

“The PDP restates its insistence that the evidence are clear that its candidate is the genuine choice of the people in the November 16, 2019 election.

“The people of Kogi state now look up to the Supreme Court to reverse this injustice handed over to them, especially, given the evidence laid, as affirmed by the courageous verdict of Justice Ohimai Ovbiagele at the Election Tribunal.

“The PDP urges the people not to despair over the judgment of the Appeal Court but to remain calm and prayerful, as justice will definitely be served at the Supreme Court.”