- Endurance Otowe, is a visually-impaired cobbler who is overcoming all odds and making ends meets despite losing his sight

- When he was diagnosed for glaucoma, he could not treat it because his parents were financially incapable to foot the medical bill of N100,000

A Nigerian man who is visually impaired has shared his story with Legit.ng and he has inspired many.

This hardworking man who is cobbler did not allow his disability to hold him back from achieving success. Despite being blind, the man was able to learn to become a successful cobbler.

In an interview with Legit.ng, the man revealed that he became blind after a neighbour slapped him across the face. He disclosed that he had been slapped after he hit the neigbour's daughter who was rude to him.

The man identified as Endurance Otowe, popularly known as Jele, told Legit.ng that the woman had put on a ring to slap him and his right eye went blind immediately. 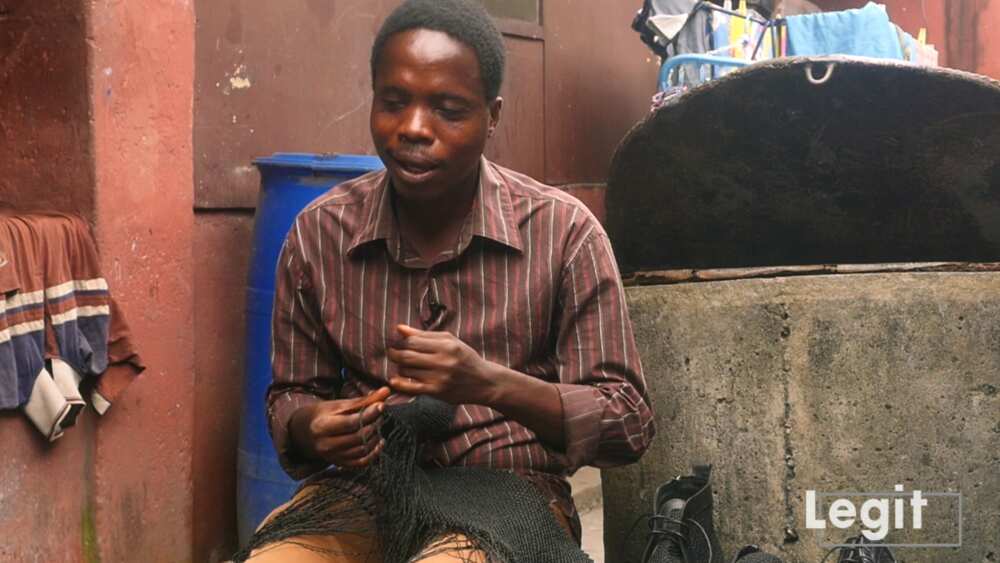 Touching story of visually-impaired Nigerian man who is working as a cobbler Legit.ng
Source: Original

He also revealed that ever since then he started having issues with his other eye. Otowe was diagnosed and was told he had glaucoma after he was taken to the hospital when he complained to his parents.

However, Otowe told Legit.ng that he was unable to treat it because his parents could not afford the N100,000 payment for the treatment. 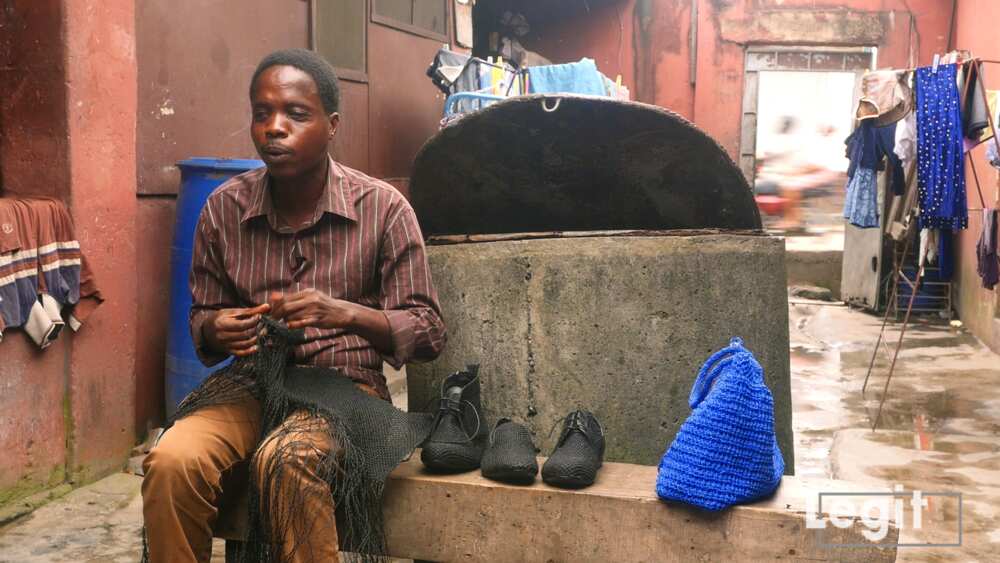 The man revealed that he became blind in his right eye after a neighbour slapped him across the face Legit.ng
Source: Original

To cope, Otowe's parents decided to take him to the Nigerian society for the blind after he stayed at home for years without doing anything. He explained that many people told him he could not become anything in life.

The young man explained that he endured the school of the blind because he felt depressed and many people made him feel less important. He also noted that he had to lie to the school about his payment because he could not afford it. The biography of the dashing Paralympian Will Bayley The man revealed that he enjoyed going to the school of the blind where he learnt his craft
Source: Original

But, after seeing his determination to succeed, the school decided to get him a sponsor who paid his tuition fees. He noted that he was happy in the school because he was with people who understood what he was going through.

Otowe gained a lot of skills in the school of the blind. He now makes bags and shoes for a living.

Cheers to hard work and determination!

Meanwhile, Legit.ng earlier reported that people who say nothing in life is impossible might have a point as Touka's story totally buttresses it. Despite the fact that she lost her sight, the creative lady still became a photographer.

In her interview with the media, she said she had always wanted to learn photography and the Up for the Challenge made her dream come through.

In taking a group picture, Touka touches bodies to calculate the distances between them so that she can make an excellent composition.