Mike Tyson is preparing for a sensational boxing return, even at 54 and he has admitted losing over 37kg and now weighs less than current heavyweight champion Anthony Joshua.

He recently released more footage of his training showing his punching power during a pad session with his coach.

The former undisputed heavyweight champion is expected to make a sensational return after 15 years outside the ring for an exhibition fight.

Tyson, who turned 54 on June 30 and was beaten by Kevin McBride in his final fight before retirement, has been sharing video clips of his training sessions on social media and fans love it.

The 'Baddest Man on the Planet' who was once regarded as one of the most dangerous men on earth, recently released his latest clip showing his tremendous speed and punch power. 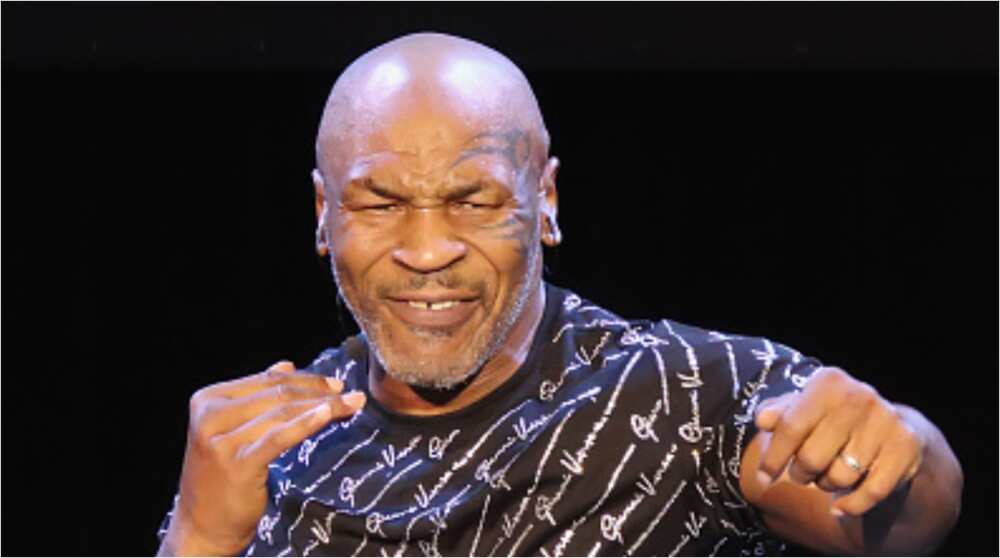 According to him, he is now training at 99kg, or 220 pounds, putting him comfortably below the level Anthony Joshua last fought at.

Joshua beat Andy Ruiz Jr at 107kg in December having lost 10lb after being criticised for carrying too much bulk.

He told FightHype: “We’ve just been training, boxing, and it feels great man.

Meanwhile, Joshua has stated that his discipline in cutting salt and sugar from his diet made him reclaim his heavyweight titles from Ruiz Jr.

Joshua lost the first fight to the Mexican-American where he was knocked down four times in the process.

The British fighter changed his plans going into the next bout in Saudi Arabia six months later and lost 4kg before the fight which he dominated all the rounds to become a two-time champion.

"I did cut out salt leading up to that fight but the food was so bland!" he told Men's Health.

Legit.ng earlier reported that Mike Tyson has revealed the possibility of death anytime and claims that "living might be more complicated than dying".

The former undisputed heavyweight king believes his fearless nature has driven him to embrace the possibility of giving up the ghost in the ring.

However, the youngest heavyweight champion ever said he had always thought he would be the one doing the killing during one of his fights rather than being at the receiving end.