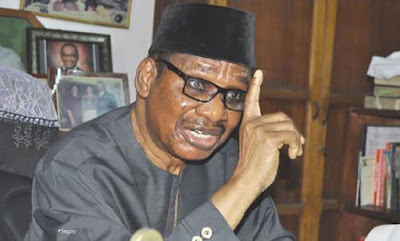 The Presidential Advisory Committee Against Corruption (PACAC) has distanced itself from a statement credited to one of its members regarding the case involving Ibrahim Magu, acting chairman of the Economic and Financial Crimes Commission (EFCC).

Femi Odekunle, a member of the committee, had said Magu is a victim of power play in the presidency.

Speaking after the EFCC boss appeared before the panel, Odekunle accused Abubakar Malami, attorney-general of the federation (AGF), of being the arrowhead of power blocs that want Magu out of office.

“This is a preliminary reaction of the Presidential Advisory Committee Against Corruption (PACAC) to the alleged ‘arrest’ of Ibrahim Magu, Acting Chairman the Economic Financial Crimes Commission (EFCC),” Odekunle’s statement read.


“The real information reaching us is that he was only invited to appear before a Panel set up not long ago concerning some alleged memo by Malami, Attorney General and Minister of justice, regarding some alleged malfeasance by Magu, along with nominations for his replacement.

“The alleged originating Malami memo, up to the current “arrest“ seems an outcome of power-play by power blocs in the corridors of power in which Malami appears to be an arrow-head or major agent of a power bloc that is not really interested in, or in support of, Buhari’s anti-corruption fight.”

But in a statement on Tuesday, PACAC said the claims made by Odekunle are his personal views, and do not reflect that of the committee.

The statement from Aghogho Agbahor, its spokesman, read: “The attention of the Chairman of the Presidential Advisory Committee Against Corruption (PACAC) has been drawn to a statement circulating in the media space credited to one of its members Prof Femi Odekunle.

“The press release is the personal opinion of the member under whose name it was released and not that of the committee.