- The player was pictured plating seeds 24 hours after the victory

With the Gunners back to winning ways, Hector Bellerin has started planting trees as he earlier pledged to plant 3000 trees anytime Arsenal win a game until the end of the season.

Ahead of season restart, the Spanish international promised to plant 3000 trees for every Arsenal victory in his own way of helping to fight carbon emissions in partnership with global charity One Tree Planted.

Bellerin and team-mates had a poor start to the return of the season as the Gunners lost their first game 3-0 to Manchester City and then a 2-1 loss to Brighton.

But Arteta’s men got back to winning ways with a 2-0 victory Southampton June 25 meaning Bellerin was able to begin to his cause.

Mikel Arteta's side scored in each half of the match through Eddie Nketiah and Joe Willock.

On Monday, the player began to fulfill his promise as he started planting seeds. 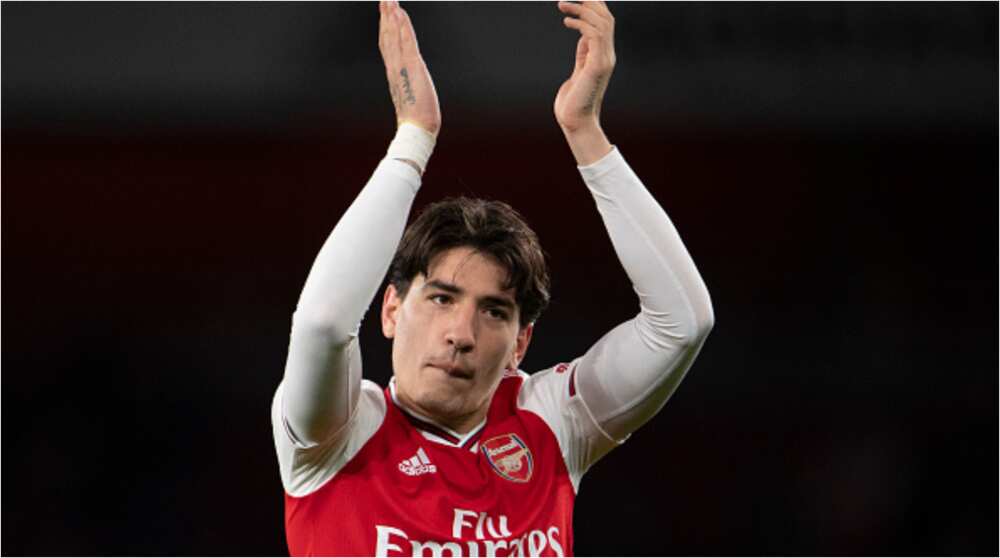 And on Monday the right back got his hands dirty as he began planting some seeds.

Taking to Twitter he uploaded a picture of himself doing his part along with the caption: "First set of seeding taking place. Ready to go into the rainforests in November!"

Meanwhile, Mikel Arteta is confident Arsenal can qualify for Champions League with just five matches left to end the 2019/20 season.

The Gunners are currently seventh on the table with 49 points - eight behind fourth-place team Chelsea as the campaign continues to wind down.

Arteta's men seem to have turned their tides around having gone four straight games without dropping any single point.

Legit.ng earlier reported that Antonio Conte got so angry that he locked his players inside the dressing room for an hour after Inter Milan's disappointing 2-1 loss to Bologna at the San Siro.

The Nerazzurri's were gradually getting their title ambitions back on track after second-place Lazio lost to their city AC Milan neighbors by 2-0.

And Inter had the chance to close the gap on Lazio with a point and eight behind league leaders Juventus.

But despite taking the lead through Romelu Lukaku in the 22nd minute, Bologna bounced back in the second half despite playing with one -man down to record a 2-1 win.