JUST IN: Edo PDP gets great boost ahead of guber, receives 106 defectors

- Things seem to be moving fine for the PDP in Edo

- The defectors were led by Oshodin Izedomwen, the former organising secretary of the ADP

The Peoples Democratic Party (PDP) in Edo state has gotten a great boost for victory ahead of the much-awaited forthcoming governorship election.

Not less than 106 members of the Action Democratic Party (ADP) on Tuesday, July 7, defected to the opposition party in the state, The News Agency of Nigeria (NAN) reports.

The defectors from Egor, Ovia Southwest and Ovia Northeast local government areas of the state were led to the PDP by the former organising secretary of the ADP, Oshodin Izedomwen. 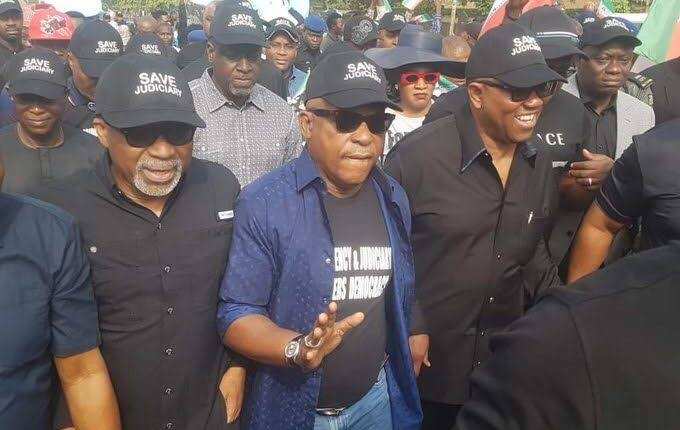 Reacting to the development, the chairman of the PDP in Edo, Tony Aziegbemi, said that the move of the defectors is much like home-coming.

Meanwhile, Legit.ng reported that hours after he boasted that the candidate of the All Progressives Congress (APC) for Edo governorship election, Osagie Ize-Iyamu, would defeat his main challenger and candidate of the PDP, Godwin Obaseki, the opposition had hit hard on Governor Abdullahi Ganduje.

The PDP described Ganduje, who is the chairman of the APC national campaign council for the Edo governorship election, as a barefaced treasury looter, who has no moral rectitude to speak on corruption.

Legit.ng gathered that the PDP described as a huge irony that Governor Ganduje, who it said has become a national shame after being seen on viral video stuffing his robe with gratification in foreign currency, would be accusing the PDP of corrupt intentions in the Edo state governorship election.

The party in a communique issued on Monday, July 6, said it is a paradox that an individual who has earned himself the disgraceful public sobriquet of “gandollar”, after being caught collecting gratification, would attempt to accuse others of having the intention of looting the treasury of a state.

The PDP further pointed out that it is only in a party like the APC, under a Buhari presidency, that such a tarnished individual can be selected to speak in public, let alone lead a governorship election campaign.

“Our party invites Governor Ganduje to note that there is no free dollar for him and other APC leaders to loot in Edo state. Under the PDP, the resources of Edo state, and indeed other PDP states, belong to the people and not to any political cabal and their godfathers..." the party said.