The agenda of the meeting between Gambari and members of the panel was unknown, NAN reports.

Legit.ng recalls that Magu was on Tuesday afternoon, July 7, suspended from office following an ongoing investigation by the presidential panel after he was indicted by Abubakar Malami, the attorney general of the federation.

Properties belonging to the EFCC boss has been since laid under siege by the combined operatives of the Nigerian Police Force and the Department of State Security Service (DSS).

According to the sources, the suspension is meant to allow for probe into allegations against him. 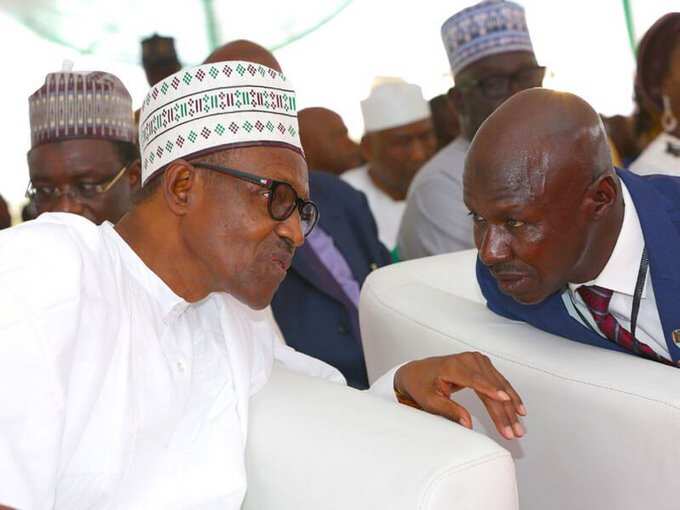 Magu, who appeared before the panel on Monday, July 6, after being gripped and Tuesday, has been given two days to present his defence lawyers.

The source had earlier maintained that the ongoing interrogation of Magu is to clear him of weighty allegations levelled against him.

The source also stated that the probe of the anti-graft boss was an affirmation that nobody under “the present administration is above scrutiny’’.

According to the source, the Buhari administration will not prejudge anyone because it can be counted on to uphold justice and fairness.

Reacting to Magu's trial, the former lawmaker took to his Twitter page to mock the anti-graft sheriff, saying he has warned about Magu but President Buhari did not listen.

Melaye, who posted a video of himself singing, said the president has now seen the devil in Magus' anti-corruption fight.

Mike Ozekhome, a senior lawyer, also said he had warned in 2017 about the embattled acting chairman of EFCC who he said was looting the treasury with his cronies.