- Davido was recently captured on camera boding with his fiancee, Chioma Rowland and their son, Ifeanyi

- The video was shared online by his lawyer and friend, Bobo Ajudua

It appears when it comes to the relationship of Nigerian singer, Davido and his fiancee/baby mama, Chioma Rowland, all may not be as it seems online. 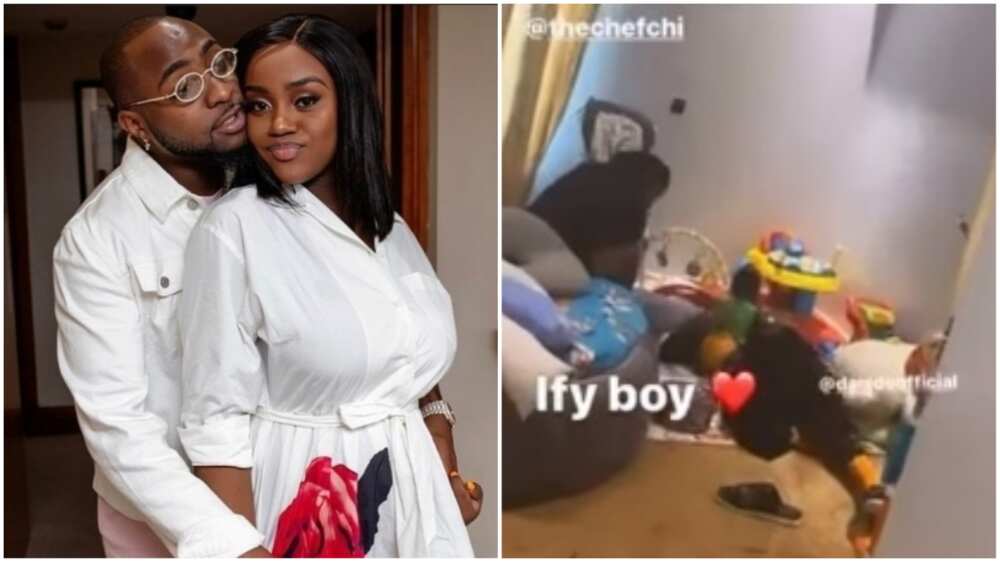 Davido is seen playing with his son in the trending video
Source: Instagram

His lawyer, Bobo Ajudua brought hope to many fans of the singer and his fiancee after he took to his Instastory to share a video of Davido bonding with his son and Chioma.

In the video, the award-winning singer is captured on the floor playing with the baby boy while Chioma is seen sitting and watching them.

Recall a while ago, social media was awash with mixed reactions following the news that Davido and Chioma were no longer an item.

According to popular blogger, Stella Dimoko Korkus (SDK) who shared the news, the couple are believed to be currently living in separate homes and are not on speaking terms with each other.

SDK also alleged that insiders revealed that Chioma did not have COVID19 as earlier made to believe. According to the gist, the couple had a fight back then and that story was sold to the public to hide ‘slap marks and punch marks’.

Meanwhile, record-breaking Jamaican athlete, Usain Bolt, has left many fans and followers in awe after he recently introduced his newborn daughter to the world.

The 33-year-old sprinter welcomed his adorable daughter in May 2020, with his girlfriend, Kasi Bennett who recently turned 21.

While celebrating his beautiful girlfriend, he shared photos of her and their baby, revealing his daughter’s name to be Olympia Lightning Bolt.