Cristiano Ronaldo has never been left behind when it comes to looking good as wore a new look during Juventus defeat to AC Milan.

The 35-year-old wore a ponytail since December 2019 and did not change the hairstyle despite the three months break due to the pandemic.

CR7 found the back of the net to double the advantage for the Bianconeri but Milan had other ideas, as they came back to four unreplied goals to win 4-2.

The Portuguese had earlier revealed the possibility of getting a hair transplant at the right time.

Ronaldo said: "When I think it's necessary, of course I'll do it. One's image is an essential tool for being successful. For me it's fundamental," quoted by Mirror.

Juventus could not extend their lead at the top of the table following the defeat and Lazio who lost at Lecce failed to close the gap on the champions. 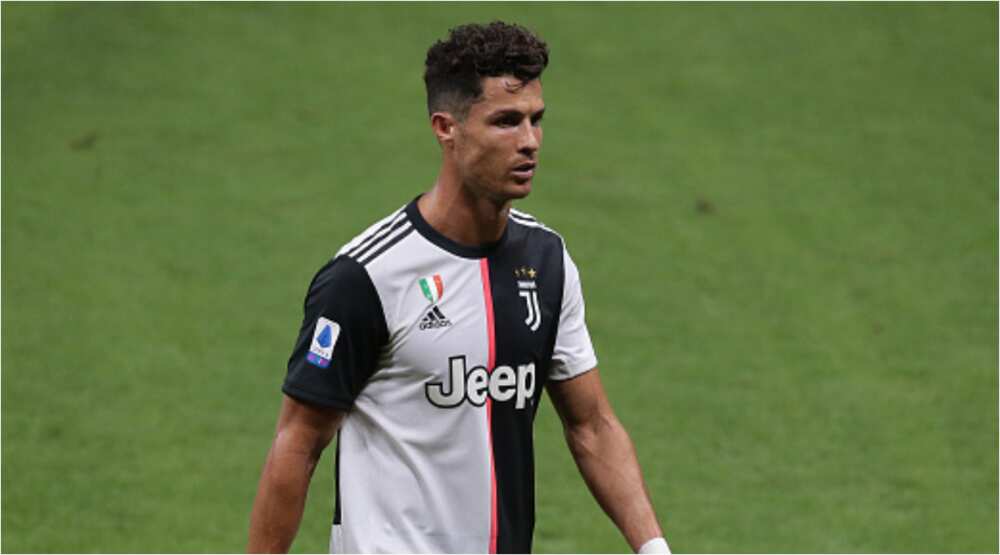 After the embarrassing defeat to the Rossoneri, Maurizio Sarri said: “We had sixty good minutes: we were in control of the game, then there was a black out on which there is no need to dwell upon, as we have another match in a few days.

“It has happened to other teams, because this is a difficult time for everyone, physically and mentally.

“We must remain calm, also because the reasons for certain situations are difficult to find.

“In defence we only suffered after the penalty, before we had not even conceded a shot on goal.”

Meanwhile, Legit.ng had earlier reported that Cristiano Ronaldo has improved on his personal goalscoring record after he netted his 26th Serie A goal against AC Milan.

Though the Biaconeri were beaten 4-2 at the Sana Siro but Ronaldo was among the scorers when he put his team ahead by 2-0 with an instinctive finish.

The 35-year-old has now scored 30 goals in all club competitions, 10 times in his last 11 seasons in his career.