- Cristiano Ronaldo and Lionel Messi's perfect lookalikes have been spotted

- They are Dragoslav Sekularac and Javier Clemente who were also footballers

- Sekularac was a Serbian footballer, while Clemente played as a midfielder for Spain

Juventus superstar Cristiano Ronaldo and Barcelona captain Lionel Messi are both regarded as the best footballers on earth considering what they have achieved so far in their careers.

For more than 10 years, the rivalry of who the best was between Ronaldo and Messi has been something their fans would always talk about.

These two superstars are also helping themselves as records and stats about their performances always come up for football fans to argue over.

Messi and Ronaldo have both won all the trophies any player can dream of in his or her life except the World Cup.

The Argentine is now a six-time Ballon d'Or winner, while his rival Ronaldo has won five and the fight is still on.

However, pictures have emerged on social media of Ronaldo and Messi's perfect lookalikes who were also footballers years back.

The first player is former Spain international Javier Clemente who is the perfect look alike of Messi. The 70-year-old was forced to retire from football in his early 20s.

And the second man is Dragoslav Sekularac who was a legendary Serbian footballer and scored over 100 goals for Red Star Belgrade. He is Ronaldo's lookalike. 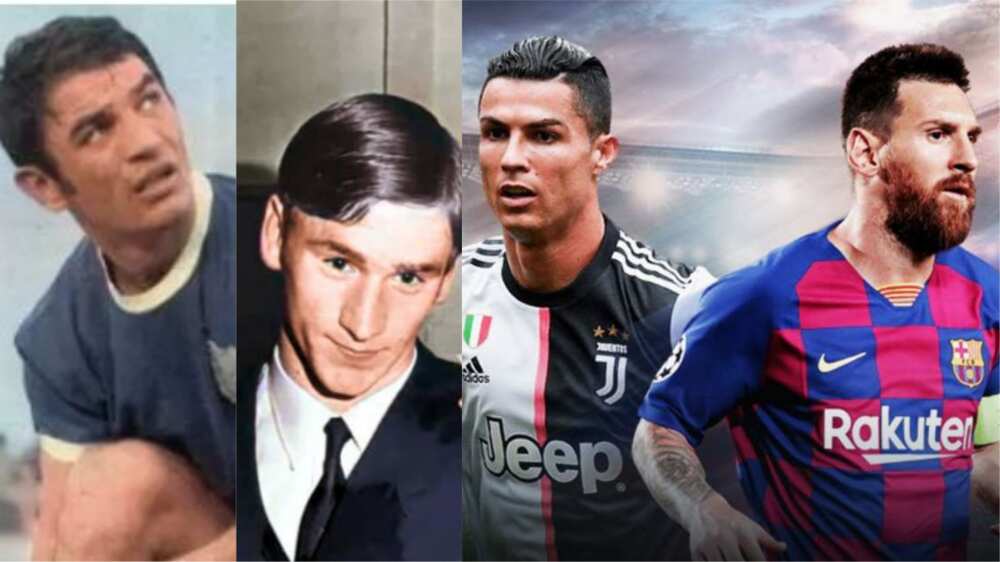 The 33-year-old became the seventh player in the history of the game to achieve the feat after scoring a superb penalty against Jan Oblak in their 2-2 draw with Atletico Madrid.

Messi reached the incredible achievement after 862 appearances and the former footballer turned pundit expressed his admiration for the winger.

The 59-year-old shared on Twitter after the game: "Messi, with a Panenka penalty, scores his 700th goal. Might as well do it in style."