- A former governor of Benue state, Senator Gabriel Suswam gave the hint in a recent interview

The Peoples Democratic Party (PDP), southeast zone, on Tuesday, July 7, rejected the rumoured zoning of the party's presidential ticket to the north in 2023.

PDP national vice chairman, southeast, Chief Austine Umahi, in a statement sent to journalists, said the decision on the zoning of the presidential ticket has not been discussed by the leadership of the party.

Umahi was reacting to a recent statement by a former governor of Benue state, Gabriel Suswam, that the PDP had zoned its 2023 presidential ticket to the north.

He said the former Benue governor's statement were “personal wishes” which could not be seen as the collective decision of the party. 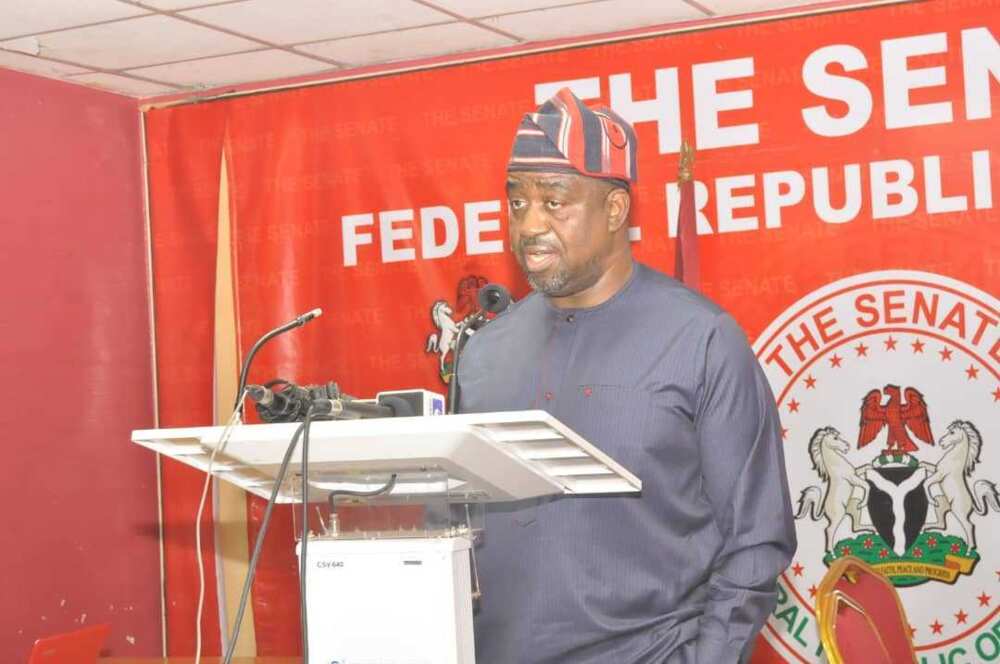 Umahi also urged the National Working Committee (NWC) of the PDP to quickly address Suswam’s comment for the interest of peace and unity of the party.

He said no zone should be neglected or underrated in the decision-making process of the party, especially the southeast, stressing that the region had made tremendous sacrifices for the growth, wellbeing and survival of the PDP.

“As a political party, positions are only zoned in the PDP after they have been robustly debated by all six zones and unanimously agreed on as serving the best interest of the unity of the party and national exigencies.

“As such, the NWC of our party cannot allow Senator Suswam to pass across personal wishes as collective resolve, except if it is a case of the bird dancing by the road with the drummer lurking in the nearby bush.

“The statement amounts to one being a judge in his case, which offends all known laws of natural justice,” Umahi said.

Also reacting to Suswam's comment, a chieftain of the PDP from the southeast, Hon. Innocent Nwachukwu said the PDP is yet to take such decision on the issue.

Nwachukwu stated that the PDP is a party built on justice and will make a decision that will reflect the mood of the nation and not the whims and caprices of a single individual.

He warned against statements that do not reflect the view of the party noting that PDP, for now, is focused on how to reclaim Edo state from the All Progressives Congress (APC).

Suswam had in an interview, offered reasons why the PDP will zone the 2023 presidency to the North again.

Meanwhile, apex Igbo socio-cultural organisation in Nigeria, Ohanaeze Ndigbo, has urged political parties in Nigeria to look the way of the Igbos and give them a chance in 2023.

John Nwodo, the president general of the socio-political group, disclosed this when he paid a courtesy visit to Imo state governor Hope Uzodinma in Owerri.

Nwodo speaking on the 2023 presidential elections, expressed confidence that the situation in Nigeria will be turned around if Igbos are given the opportunity.