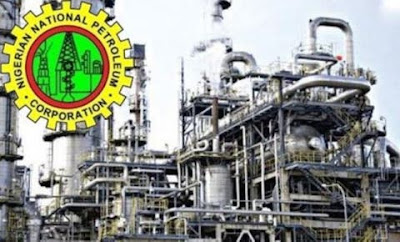 The Nigerian National Petroleum Corporation, NNPC, has donated a total of N21 billion in kind, in an effort to bring relief to Nigeria in the ongoing fight against COVID-19 pandemic.

Speaking at the brief Handing over of the vehicles, the state Governor, Mr. Babajide Sanwo-Olu, said that the donation was a promise kept by the donors.

He assured that the vehicles would be deployed for the purpose for which they were donated.


‘Sanwo-Olu stated; ‘We are excited because this is another confirmation of collaboration, another promise kept, another public-private partnership that is working for us in Lagos State.

”A couple of months back, even way before COVID-19, we have made at dinner in which we have asked and solicited for support from our private sector operatives in Lagos and SNEPCO was in that dinner and they committed to providing something for the state.

”So, this was a commitment that was made to us months back but we are indeed glad that even given all of the very difficult terrain all of us have gone through, they have been able to make it, together with their joint partners – NNPC, ExxonMobil.

”They are doing this because, we, as the government has shown consistent transparency in how we deal with them,  we have shown that when they support us, we get to use it for what the support is meant for.

The governor assured that the security agencies that continued to keep the state safe would get the vehicles, as the government, through the Lagos State Security Trust Fund (LSSTF) would determine how the vehicles were distributed.

In his remarks, Wunti, said that NNPC believed in investing and touching the lives of people through all possible means.

Wunti, represented by Mrs. Clementina Arubi of Community Relations, NAPIMS, said that NNPC had donated a total of N21 billion in kind, in an effort to bring relief to Nigeria, during this COVID-19 pandemic.

The Managing Director, SNEPCo, Mr. Bayo Ojulari, said that the donation was to enhance policing and facilitate response time to distress calls in the state.

Ojulari commended the government’s untiring efforts in the fight against COVID-19 and the enforcement of law and order that had kept the over 20 million residents of the state safe in the face of threats to lives, properties, and businesses.

He said that with Lagos State, being a commercial nerve centre was faced with security threats to businesses, human lives, and properties, which negatively impact its economy, its people, and by extension that of the entire nation.

According to Ojulari: ”Our keen and constant evaluation of the state of our community always helps to identify gaps where we believe we can intervene to make a difference.

”Therefore, the 16 units of security vehicles being presented to the state’s security trust fund is to enhance policing and facilitate quick response time to distress calls, which are considered to be critical to crime prevention,” Ojulari stated.