- An upcoming Nigerian music artiste, Dellfire, has taken to social media to clear the air on his relationship with top entertainer, Dbanj

- The embattled artiste said that in the two years he was signed, nothing was done for him and that Dbanj did not keep to the clauses in the contract

The Nigerian entertainment industry can sometimes be a tough one to break in to. This is evident in the number of upcoming talents who have still not been able to penetrate the market.

Many times, these young talents participate in contests and hope that they win so as to get noticed.

Just recently, an upcoming singer, Dellfire, took to social media to speak on his business deal with top singer, Dbanj, after he won a Cream Platform contest.

Listen to the new tune by Zlatan - Quilox 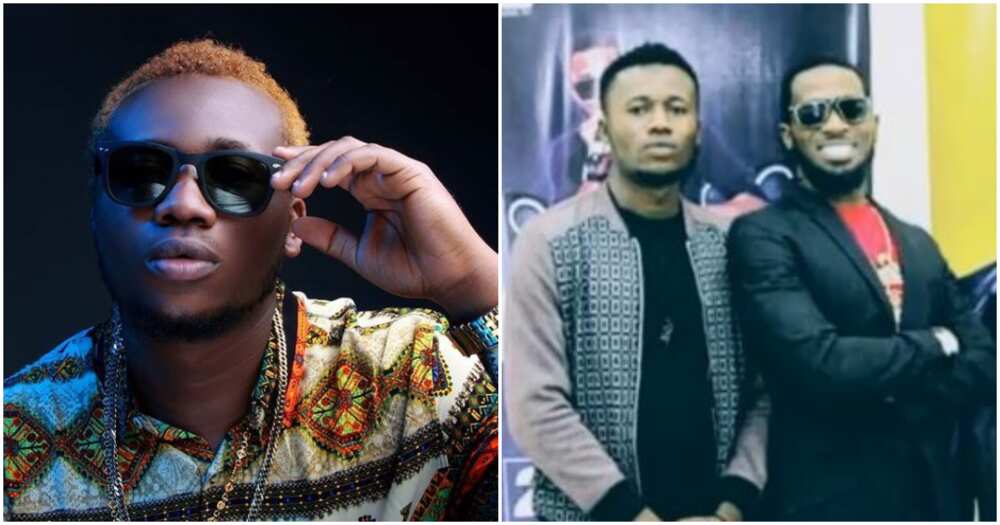 According to Dellfire, Dbanj and Cream Platform did nothing to help his career despite winning their contest. He said that the artist and the platform did not keep to their promises.

Explaining further, Dellfire said that none of the clauses in the contract he signed were kept. The singer also said that he had wanted to take it up at the time but a lot of people advised him against it. He was told that Dbanj was a big fish in the industry and that even if people believe his story, his career will end even before it starts.

Dbanj has no doubt been an artiste with little or no scandal to his name till the year 2020. It appears this year is no his year.

Just recently, the singer was accused by a young lady named Seyitan of sexually assaulting her in 2018 after she attended an event she was invited to by Dbanj's manager at the time.

In reaction to Seyitan's claims, Dbanj's ex-manager, Frank Amudo, also shared his side of the story.

Amudo in a statement shared on his Instagram page noted that it has become pertinent for him to speak up following the back and forth that has been going on in the online community over the past few weeks.

Amudo speaking on the issue disclosed that he truly invited Seyitan to an All-white event at Eko Hotel, and they shared seats with two of Dbanj’s friends identified as Ajia Mohammed and one Oyinda.