Mysterio shared a sweet family photo on social media showing his face without a mask during his wife's birthday.

SunSport reports very few have had the rare chance to see the face of the 45-year-old without his iconic mask.

Interestingly, WWE Universe had to trace his days back at the WCW to have a glimpse of the real face of the wrestler. Despite recent attempts by Andrade and Seth Rollins to unveil his true identity, the Master of the 619 has remained a mystery to many.

However, the wrestler may have ended speculation on what he looks like after he gave his fans a glimpse of his real face on Instagram.

Mysterio caught his followers by surprise when he posted a snapshot showing his actual face as he posed alongside partner Angie Gutierrez.

He captioned the post with an adorable message for his wife: “I love you with all my heart my love and I thank God for blessing you with one more year of life and health at my side," he posted in Spanish.

“Never change your way of being because I love it so much that you make me smile because of how spontaneous you always are," he continued.

How Bray Wyatt rose to the limelight 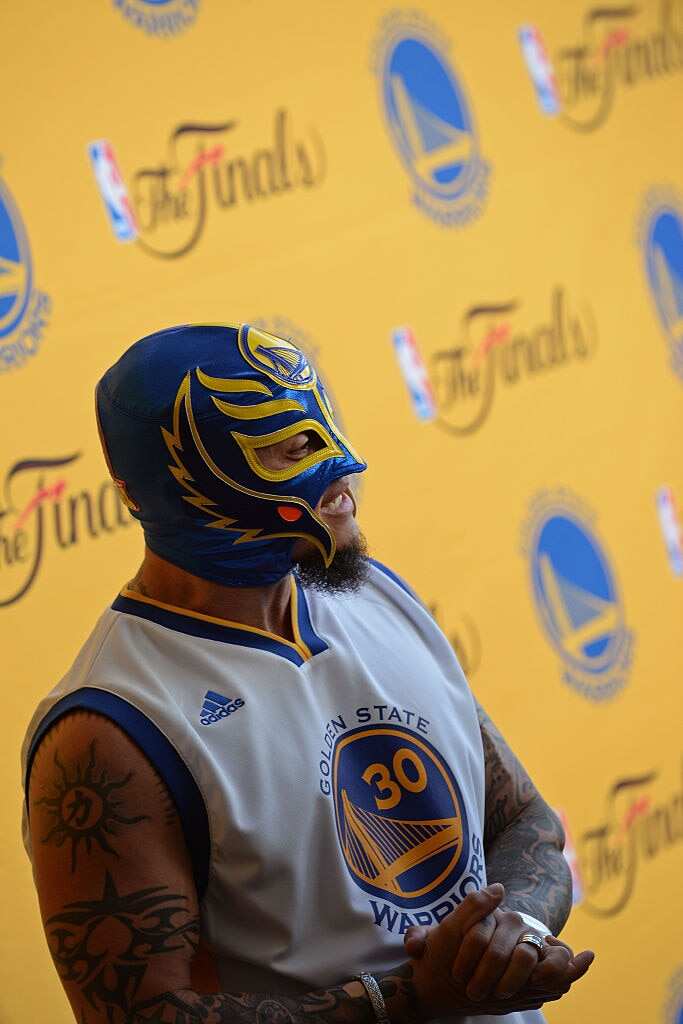 The 45-year-old has all through his WWE career kept his face anonymous despite attempts by fellow wretslers to strip it. Photo: Getty Images.
Source: Getty Images

Meanwhile, the former world champion is due to return to the ring during the upcoming Extreme Rules pay-per-view event when he will take on Rollins.

Crews gained momentum in the fight after showing off a few skills including a moonsault and a standing shooting star press for the victory.

The actor will be playing the famous WWE wrestler in the movie which was announced earlier in 2019.

According to The Hollywood Reporter, Hemsworth will play the wrestler throughout his career in the WWE. Speaking in a recent interview, 36-year-old Hemsworth revealed to Total Film that he will have to undergo a lot of body transformation to become the wrestling icon aged 66.

The actor said the transformation will be a lot more than he did for his role in the action movie, Thor.