- The defender will have to cough a further £9,000 as fine for his conduct

Patric has been slapped with a four-game ban after he bit his opponent during a tense Serie A match.

The defender lost his head to plant his teeth on Lecce's Giulio Donati during their league match on Tuesday, July 7. 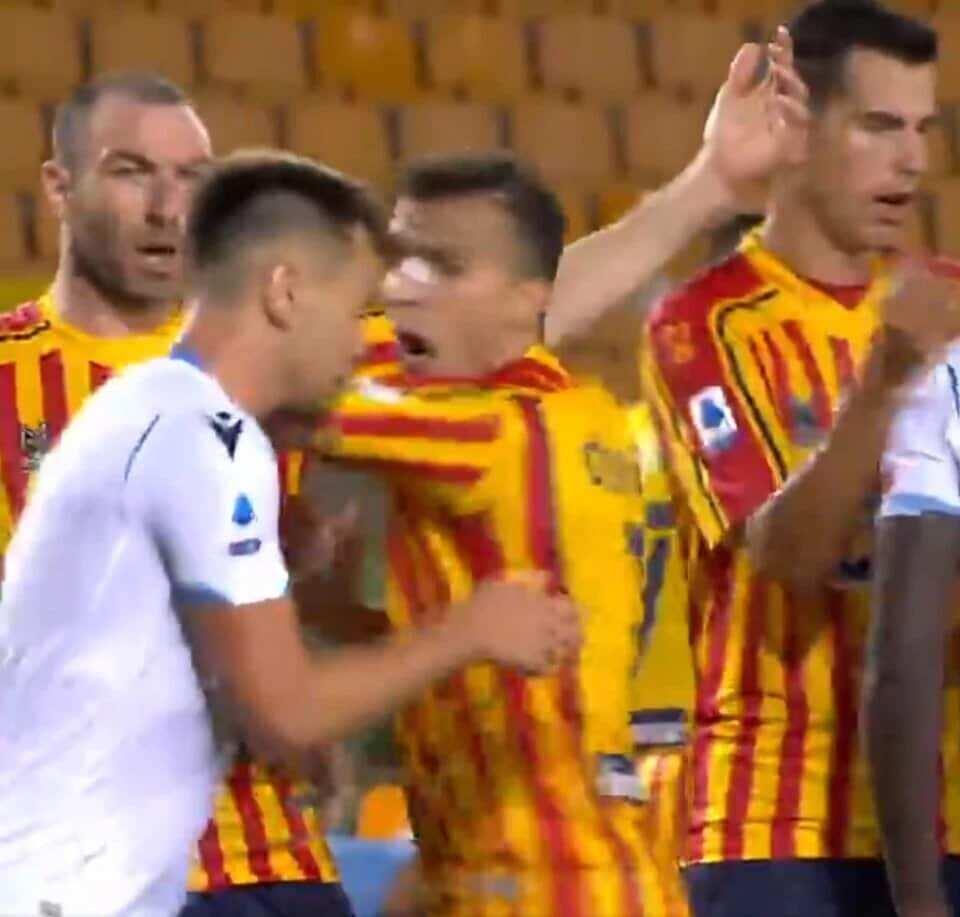 Patric was initially handed marching orders from the pitch over his conduct. Photo: The Sun.
Source: UGC

The ugly incident saw Patric sentoff at stoppage time as his side went on to lose 2-1 to the relegation-threatened side.

SunSport reports the former Barcelona star will have to part with a further £9,000 as fine for his conduct.

Patric's punishment came despite Donati absolving him of any wrongdoing, revealing his opponent never inflicted any bodily harm and even apologised afterwards.

“He did nothing to me and apologised straight after, so bear that in mind," Donati divulged to Italian media outlet ANSA.

“I also live with emotions so I understand Patric why, in such a hard-fought game, did what he did," he added.

Patric is now due to miss Lazio's remaining matches including fixtures against Juventus, Udinese and Cagliari.

His side's defeat to Lecce all but ended their title hopes despite sitting second on the Serie A standings.

Meanwhile, Legit.ng had earlier reported that Patric was given his marching orders for biting Lecce's Giulio Donati during the Serie A clash that ended in a third straight loss for Lazio.

Simone Inzaghi's men have been contending with league leaders Juventus in the past few months but have fallen short following the string of losses recorded.

Seventeenth place Lecce had to come from behind to win 2-1 after Felipe Caicedo put the visitors in the lead as early as the fifth minute.

But Khouma Babacar equalized in the 30th minute to draw the game level and should have taken the lead before half time but Marco Mancosu missed his penalty.