Paul Pogba has never hidden his love for Nigerian music and dance steps as he was spotted stepping to Rema's new hit single 'Woman'.

The Manchester United midfielder and Eric Bailly were caught on camera enjoying the rhythm and doing the 'Gbese' dance step.

The player behind the camera seemed like striker Odion Igahlo as he cheered his teammates on while they were feeling the vibes in their dressing room.

In the video clip, Brandon Williams and Scott McTominay were also spotted but they paid little attention to their teammates having fun.

Manchester United will be filing out against Aston Villa at Villa Park in their quest to close the gap on Chelsea and finish in the Premier League top-four. 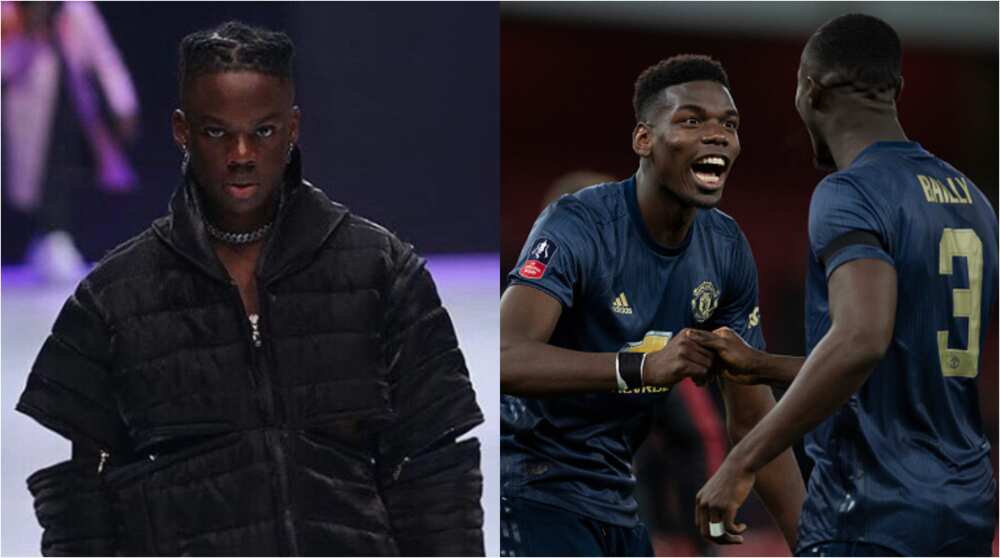 The reverse fixture of the tie ended in a 2-2 draw at Old Trafford but the Red Devils can not afford to drop points against Dean Smith's men.

Ole Gunnar Solskjaer's side have been unbeaten since January and will be looking to extend their streak with the likes of Pogba and Bruno Fernandes in fine form at the moment.

United spanked Bournemouth by 5-2 in their last league game at home as they grow in confidence as each game passes.

On the other hand, Villa are second from the bottom and desperately need a win to stay afloat on the Premier League log.

Manchester United were so superb in their encounter against visiting Bournemouth at Old Trafford scoring five goals to keep their hopes of qualifying for Champions League alive.