Hushpuppi’s lawyer Gal Pissetzky finally speaks on how he legitimately makes money, says he is not a fraudster

- Gal Pissetzky, the top Chicago lawyer representing Huspuppi, has said that his client is innocent of fraud charges

- The legal expert went ahead to buttress his point, saying that his client is into businesses like real estate and brand promotion

The lawyer representing Ramon Abbass (Hushpuppi), Gal Pissetzky of Pissetzky and Berliner, has argued that the popular Instagram star is not guilty of the fraud charge brought against him.

In an interview with Forbes, the lawyer said that the Nigerian has a legal business that he runs which is the source of his income.

“Ramon Abass, aka Hushpuppi is absolutely not guilty of all the charges they are accusing him of. Abass was running a very legitimate business and had a very legitimate Instagram account and did not take part in any scam or fraud.

"He is an entrepreneur, he has real estate business and was promoting brands, that’s how he was very legitimately making his money.” 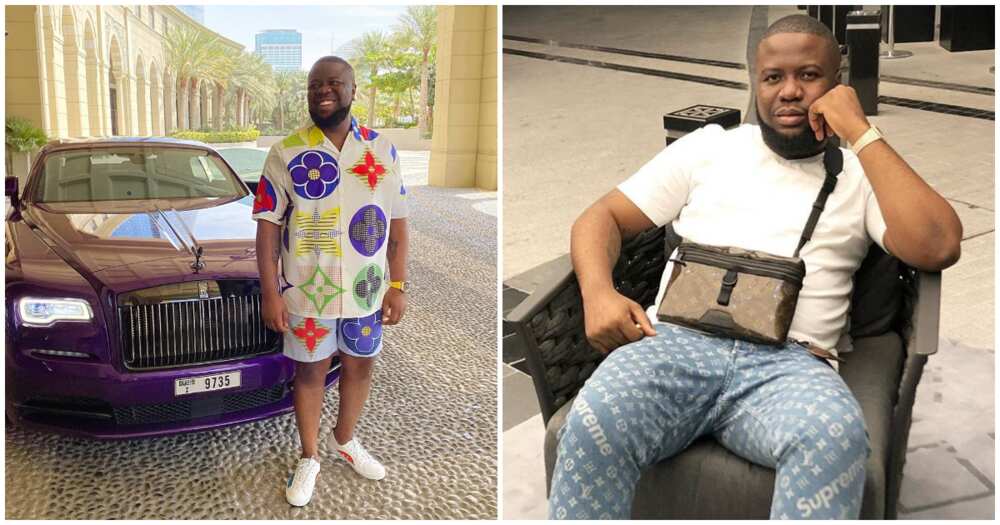 Recall that over 10 days after the arrest of Ray Hushpuppi, the police in Dubai finally released a video clip that captured the operation that led to the alleged internet fraudster’s arrest.

Legit.ng sighted the over four minutes clip on the Twitter page of a Dubai-based media outfit identified as @DXBMediaOffice.

Clips from the arrest scene were included in a feature story that gave a deeper insight into cyber-crime in the country and the involvement of Hushpuppi and his gang.

A portion of the clip captured the moment some heavily armed police officers arrived at Hushpuppi’s hotel.

From indications, Hushpuppi and his crew completely had no idea of what was ahead of them as the police officers broke into their apartment unannounced.

This was followed by the officers shouting orders once they gained entry and arresting everyone present. Hushpuppi was spotted donned in a designer outfit with his two hands cuffed to the back.

Another individual identified as Woodberry alongside some other unidentified crew members were also seen in handcuffs.

Speaking on the operation, the commander-in-chief of the police in Dubai, Abdullah Khalifa Al Marri, was quoted to have said: “The arrest of 'Hushpuppi', 'Woodberry' & 10 gang members involved in money laundry & cyber fraud activities, is another achievement added to the proud record of Dubai police in ensuring the emirate's security and safety.“

In other news, companies in Dubai have started excluding Nigerian applicants from vacancies after Ramon Olorunwa Abass popularly known as Hushpuppi was arrested in the United Arab Emirates.

Legit.ng sighted some jobs advertised online and open to candidates of every nationality except Nigerians.

Apart from blacklisting Nigerians from applying for jobs in Dubai, the latter is also denying Nigerians tourist visa.