With Ibrahim Magu temporarily off the picture pending conclusion of the investigation into allegations made against him, a new acting chairman, Mohammed Umar, has taken over the Economic and Financial Crimes Commission (EFCC).

After approving the suspension of Magu, President Muhammadu Buhari on Friday, July 10, appointed Umar to take over the chairmanship of the anti-graft agency in an acting capacity.

But not so much is known about the new leader of the commission; thus, Legit.ng brings to you some key facts about Umar.

1. Until his latest appointment on Friday, Umar served as the director of operations in the EFCC.

2. Records have it that Umar is the fifth official to handle the mantle of leadership of the anti-corruption body.

3. The new EFCC acting boss is also a deputy commissioner of the Nigerian Police Force (NPF).

4. He is next to Magu as the most senior operative of the commission.

5. The new appointee is also a devoted Muslim. 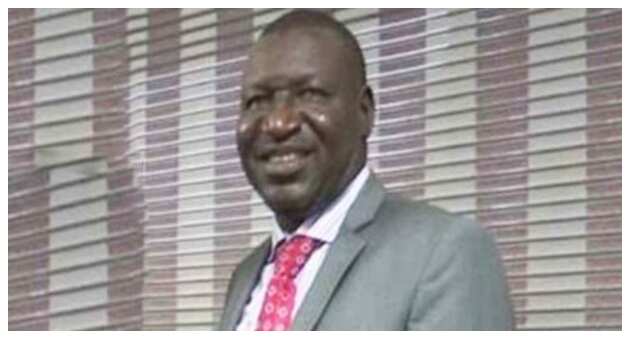 Magu, who is under investigation by a presidential panel, was said to have made the denial when reacting to claims in the media that he transferred N4 billion to Osinbajo.

A member of the investigating committee said Magu described the report as false, pointing out that he does not have access to such a huge amount of cash.

He reportedly said he did not order the transfer of N4 billion to the vice president or to anybody and demanded for the matter to be clarified.

“I did not tell the panel that I gave the Vice President N4 billion. Where will I get such money? Do I have access to such funds? It is part of mudslinging. Please clear this. I do not have any control of such cash, I did not order the transfer of N4 billion to the VP or to anybody," sources quoted Magu as saying.

Before this, the vice president had written to the Inspector-General of Police, Mohammed Adamu.

This development came after an unconfirmed report broke out on social media that Magu gave Osinbajo N4 billion after allegedly embezzling over N39 billion.