He sent me 'hi' in 2016 on Facebook, I replied and now see us - Pretty Ghanaian lady tells her love story (photos)

- Akua Pearl, a pretty Ghanaian lady has gotten married to a man she met on Facebook in 2016

- According to Pearl, she just received a 'hi' online and decided to reply, which has become a decision she is grateful for

A beautiful Ghanaian lady called Akua Pearl on Facebook has strongly advised women to reply to direct messages sent to them online after finding her love on Facebook.

In a narration sighted by Legit.ng on the personal Facebook handle of Akua Pearl, the stunning lady mentioned that she was contacted by a gentleman she knew from nowhere in 2016.

She chose to respond to the message and fast-forward, the man called Poko Poko became the love of her life as they are now married in 2020. 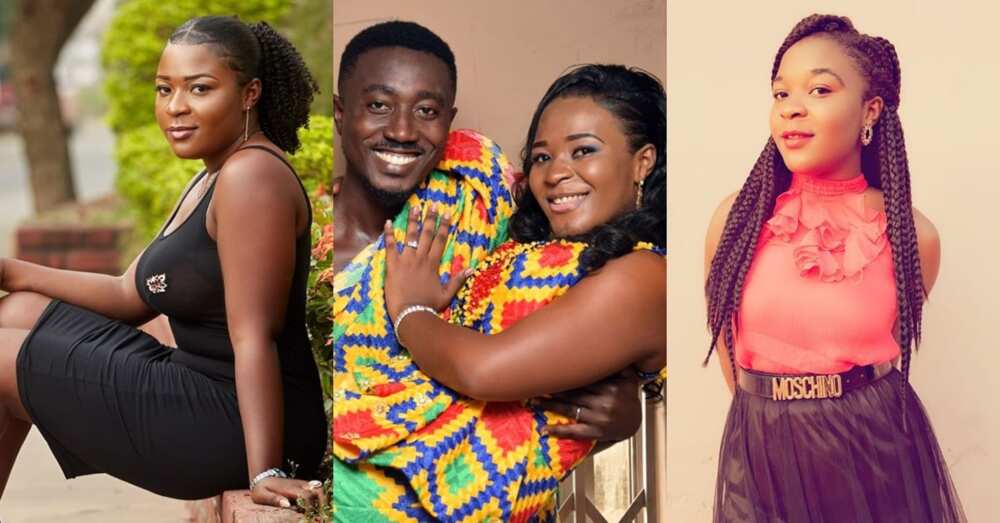 "He sent Hi in 2016, I replied and 2020 this happened," Akua said, sharing a photo of herself and her husband on the day of their traditional marriage.

It is an open secret that many ladies feel reluctant to reply to direct messages sent to them by strangers on social media for reasons best known to them.

However, Akua's story has appeared to become a good reason for which those who don't, should consider starting to. 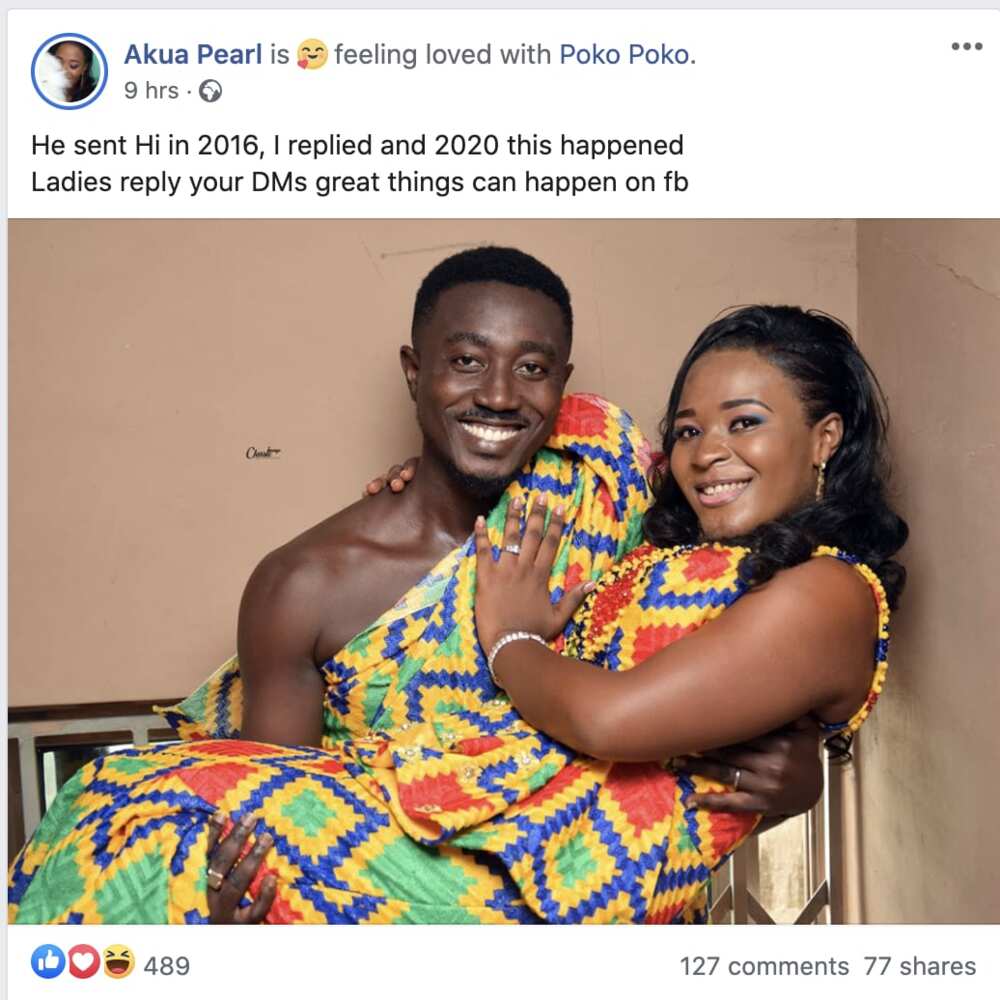 Meanwhile, Legit.ng earlier reported that a young Ghanaian man has caused a stir on social media as he has found the love of his life.

This young man trended on social media as photos from his low-key wedding with his old white lady surfaced online. The said wedding photos were shared on Instagram by renowned broadcaster, Abeiku Santana.

In the photos seen by Legit.ng, the young man and his white lady couldn't control their smiles after making their love official.

From the photos, the new couple posed beautifully for the camera at the beach. Per viral reports, the wedding was held at Labadi Beach in Accra.

The photos have garnered massive reactions from social media users as they took to the comment section to air their views.

@abena.moet believed the young man married the old white woman because of a Green Card: "I smell the green book already."

@sarpongkaren talked about the money the young man will be getting: "He found a whole bank account not a wife. But hey, to each his own."

How much should a man have before thinking of marriage? | Legit TV