- Jose Mourinho has been branded a world-class manager

Arsenal manager Mikel Arteta has described Jose Mourinho as a “world-class manager” ahead of their North London derby this weekend.

The Gunnars travel to the new Tottenham Stadium in search of maximum points against their city rivals as the quest for top-four finish continues.

Spurs have managed just two wins out of their last five fixtures since football returned last month with their last game against Bournemouth ended in a stalemate.

So much has been said about the Portuguese born tactician who has not enjoyed good results in recent times.

And when Arteta was about the world-class status of Jose, the Spaniard simply said nothing has changed about the class of the former Chelsea and Man United handler according to the Mirror.

“You never know in a derby because when the passion and the emotions kick in, a lot of things can happen and from a very controlled game it can go to a completely different game and that’s somewhere we need to know how to manage. “I’ve been involved in a few of them so there’s always some surprises.”

“He manages the energy, the momentum and establishes a really strong culture in every football club. As well, he makes sure that he wins and he's won in every single club that he's been at. 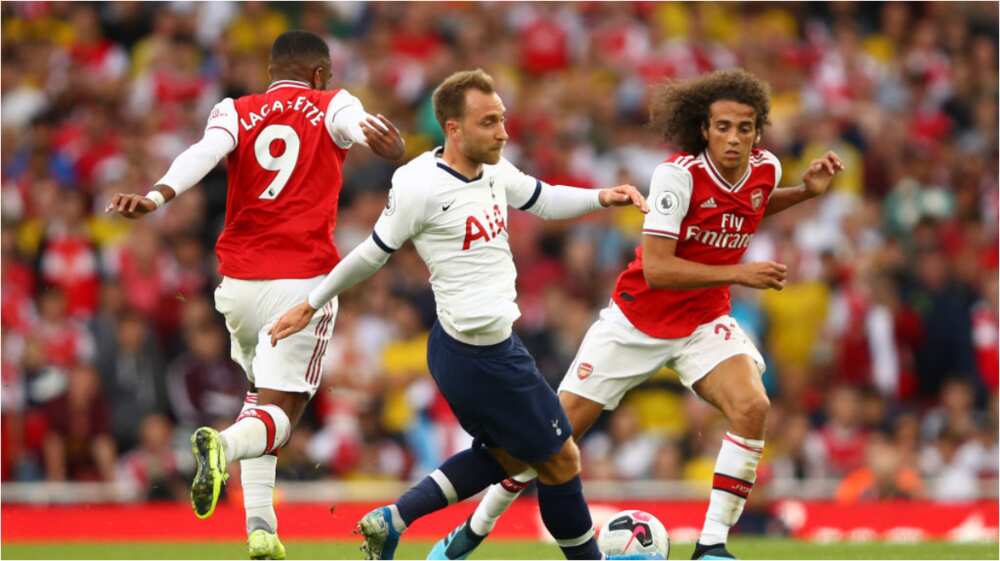 “He has a very clear way of playing and a very clear way of how he manages games. I think clean sheets are a big thing that he want to do, but don’t forget his teams always score a lot of goals and they are really successful and he’s been able to win titles because of that.

“I think in a long period they’ve had a lot of injuries so he hasn’t had the chance to be consistent with his team and that’s a big disadvantage that they have.

“I know that he’s done it and I know people that have worked with him and he always find a way to be successful and I’m sure he’ll do it again.

“That's probably one of the reasons that they have brought Jose in, because of his experience in dealing with those situations and having that extra edge to become a winning team.”

Meanwhile, Arteta has no injury concerns in his team but said Arsenal face a tough task against Tottenham behind closed doors.

“I think a derby has a completely different context to what is happening with the current form and anything like that,” said Arteta.

“I have huge respect for Jose, for what he's trying to do there, and we know to go there and get a win we're going to have to do everything really, really well. I'm expecting a really tough game.

“I think the success that Jose has had is not from the press conference, it's the way that his teams perform on the pitch and the number of football games that he has been able to win.

“[The press conference] is an extra that obviously you need to know how to deal with but the main thing is what you do on the pitch.

Legit.ng earlier reported that following the 0-0 draw with Bournemouth Thursday at the Vitality stadium, unimpressed Tottenham manager Jose Mourinho walked out of the post-match conference after he blamed technical difficulties.

The ‘Special One’ was expected to react to the just concluded game after his side failed to grasp all crucial three points in a bid to boost their chances of reaching European competition next season.

And as a result of the lockdown, the Portuguese tactician Mourinho was due to hold the press conference over video link.