Tammy Abraham's contract at Chelsea has been extended by a further year after scoring 15 goals this season.

The 22-year-old scored the Blues third goal in their 3-2 win over Crystal Palace after coming in as a substitute for Olivier Giroud.

Abraham's initial deal at Stamford Bridge will originally expire at the end of the 2022 season but it has by extended to 2023.

The clause in Tammy's contract was signed in 2017 which was based on appearances, wearing the No.9 shirt and reaching the amount of goals required.

The England international is now the club's top goalscorer with 16 goals in all competitions for Frank Lampard's side.

Blues boss Lampard was happy to see the Englishman break his ten-game-goal drought at Selhurst Park after he was hindered with injury problems since January. 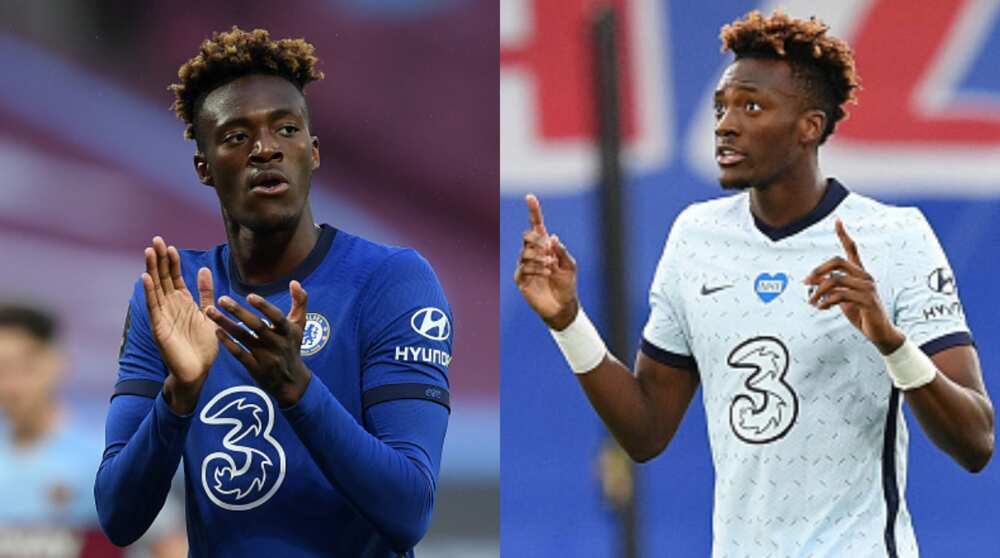 "It will be really important for Tammy because he is desperate for goals.

"He hasn’t scored a for a while, it helps his confidence and it is good for me. It gives me other options. He came on later in the game, he scored the winning goal and I'm pleased for my strikers," Goal quoting Lampard.

Abraham is one of the lowest paid first-team with a take-home of £50,000 and had requested for it to be increased to £130,000 which fell on deaf ears.

However, the lanky forward is still in line to build on his goal scoring form when Chelsea travel to Bramall Lane to take on Sheffield United.

Meanwhile, Legit.ng had earlier reported that Frank Lampard has stated that Tammy Abraham's improved contract with Chelsea is not affecting his performances.

The Blues No.9 has had prolonged talks with the club earlier in the season when he was at his scoring best with at the Bridge.

But the 22-year-old enjoyed a bright start to his debut Premier League campaign, scoring 13 goals in the process.