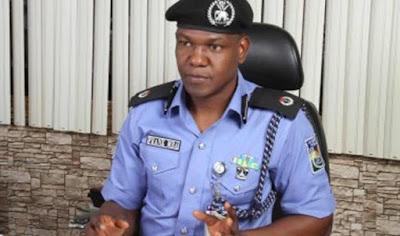 Frank Mba, spokesperson of the Nigeria Police Force, has described Hushpuppi as a billionaire crook for whom no one should weep.

Hushpuppi was earlier arrested in Dubai with 11 of his associates after he was accused of crimes including money laundering, hacking, impersonation, scamming, banking fraud, and identity theft.

Although the money laundering charge brought against Hushpuppi doesn’t make him a convict, lawyers involved in the case say he risks a statutory maximum of 20 years jail if adjudged guilty.

During a radio programme on Thursday, Mba opined that the embattled Instagram celebrity can afford the best of lawyers to defend himself but that police evidence would speak for themselves.

“I think Hushpuppi will enjoy the privileges of being tried in a free world, liberal democracy. I also have no doubt about his capacity to pay for the best of lawyers. He’s a billionaire crook,” he said

“But the good thing about the law is that, when the facts are so clear, they speak for themselves. As long as the prosecution is able to establish their case, the judge would rule in their favour.

“However, if the prosecution is unable to prove their case, then the benefit of the doubt would be given to the suspect, although I doubt if that would happen in Huspuppi’s case.

“Because there is massive multilateral collaboration still working on that case and putting evidence together. I’m not going to weep for Huspuppi and I say no one should.”

The UAE authorities had shared footage of Hushpuppi’s arrest in a special operation dubbed ‘Fox Hunt 2’, accusing him of cyber-fraud involving 1.9 million victims to the tune of N168 billion.

Asked if the Nigerian police have a cybercrime unit that would crack Hushpuppi’s case as the UAE did, Mba made reference to Interpol’s bureau in the country, noting they’re manned by Nigerians.

“Hushpuppi is just one out of the cyber crooks out there not just in Nigeria but all over the world. The feat that was achieved by the Dubai police wasn’t of their effort alone,” he continued.

“It was actually an international collaboration that ran across multiple security and policing agencies, with Interpol and the FBI playing a very big role. The Dubai police only took the lead.

“They were policing a country where Huspuppi is based and where a bulk of his activities emanated from. The national bureau of Interpol domiciled in Abuja has a very strong cybercrime unit.”

Mba said the Interpol unit in Abuja contributes immensely to investigations carried out by the FBI in Nigeria adding that the unit has well-trained men and women.

However, the police spokesman said the unit is sometimes hampered by the “lack of the requisite tools to do the job”.