Touching story of how ex Man United star begged for food on the streets, lived with rats and lizards with 9 family members

Former Manchester United winger Nani has given touching explanation of how his story went from grass to grace as he revealed how he used to beg for food on the streets in Lisbon.

Nani is one of the successful footballers in the world considering his days at Manchester United where he won the Premier League titles and also the Champions League.

But the 33-year-old faced serious difficulties in Lisbon while growing up because of poverty as his parents lived in a room.

With nine children, Nani's parents had no choice than to stay in a one bed room house in Lisbon since they had no money to hire a more comfortable apartment.

And the ugly situation then forced Nani's father to leave his wife and children to Cape Varde in which the responsibility of taking care of the family was solely on Nani's mother.

Nani explained that the house he was living with his siblings and mum was surrounded with rats and lizard but they had no choice since there was no money.

His story started to change when he turned 10 as his elder brother used to send him to the streets to beg for food and bring it home.

He was doing this on a regular basis and also training every evening before Nani was spotted by some coaches who took him and helped his football career. 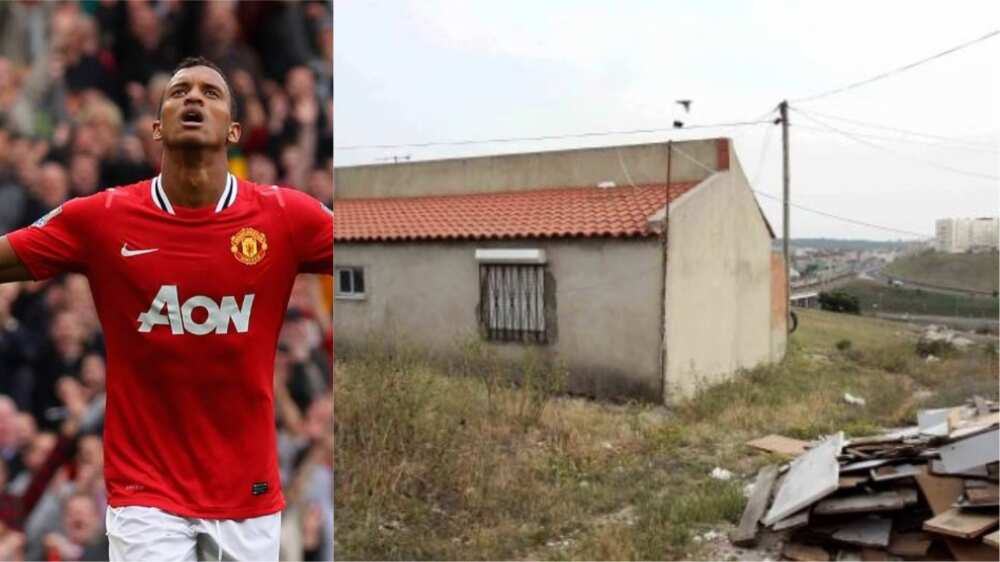 In 2003, Nani signed a contract with Sporting Lisbon where he played for four years before moving to Manchester United where he won four EPL titles and one Champions League.

“I have always told myself: ‘The day you forget who you really are, you’re done’.

Earlier, Legit.ng had reported how Orlando City star Nani emerged with a stunning new physique suggesting he has been having a busy time in the gym with his body amazingly transformed.

Nani who has clearly been hitting the gym has posted a picture showing his incredible six-pack as he relaxes and enjoys his day off.

The 33-year-old Portuguese international who has also featured for Valencia, Sporting Lisbon and Lazio stunned fans with his latest post on Monday evening.