- Europa League draws has been concluded in Switzerland

Premier League giants Manchester United will face either of FC Copenhagen or Istanbul Basaksehir in the quarterfinal of this season's UEFA Europa League.

The Red Devils are as good as through to the last four stage following their 5-0 victory over Austrian side LASK in the first leg of their round of 16 encounter in March.

Ole Gunnar Solskjaer's men are expected to finish the job they started earlier this year at Old Trafford next month.

Fellow EPL side Wolverhampton Wanderers will face off with Italian League giants AS Roma or Spanish club Sevilla should they scale through this stage of the championship.

Wolves shared the spoils with Greek giants Olympiakos in the first leg of their meeting and would be hoping to put up a performance to progress.

Meanwhile, the remainder of the competition will be a one-legged affair owing to the outbreak of coronavirus which has extended the season beyond normal.

Football went on a compulsory suspension when the infection was declared a pandemic with a few players and coaches contracting the virus, but good enough they recovered in time.

Arsenal failed to sail through the round of 32 stage after failing to beat Olympiacos in the first knockout round. 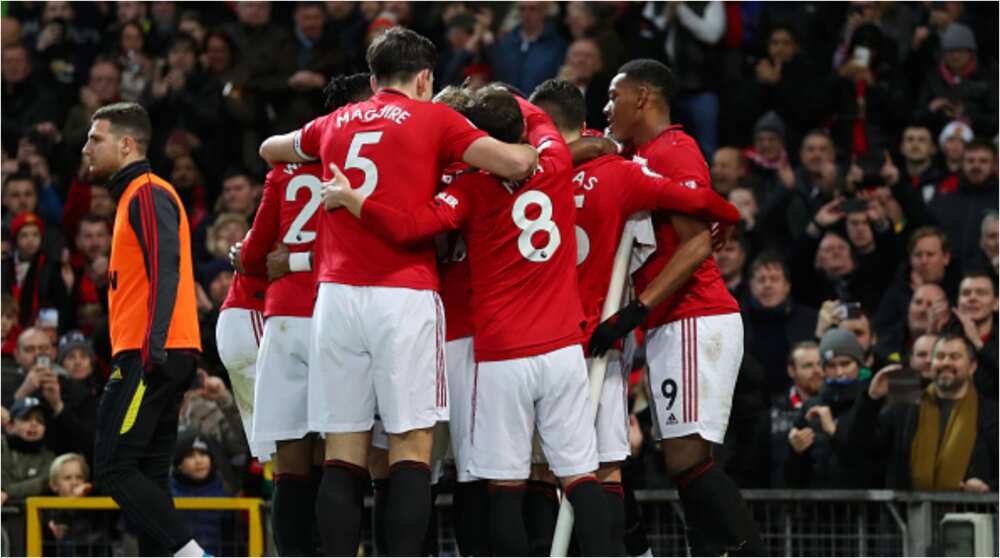 The quarter-final ties will take place on Monday, August 10th and Tuesday, August 11th, with the semi-finals one week later.

Meanwhile, defending champions Chelsea are hoping they can overturn their 3-0 defeat to Bayern Munich in a bid to avoid crashing out of the Champions League.

Legit.ng earlier reported that Bruno Fernandes has been named Premier League player of the month for June for the second time in a row.

The 25-year-old has been a key member of Man United's squad since his summer arrival from Sporting Lisbon in the January window.

And Fernandes becomes the second United player to win back-to-back Premier League Player of the Month awards since Cristiano Ronaldo in 2006.